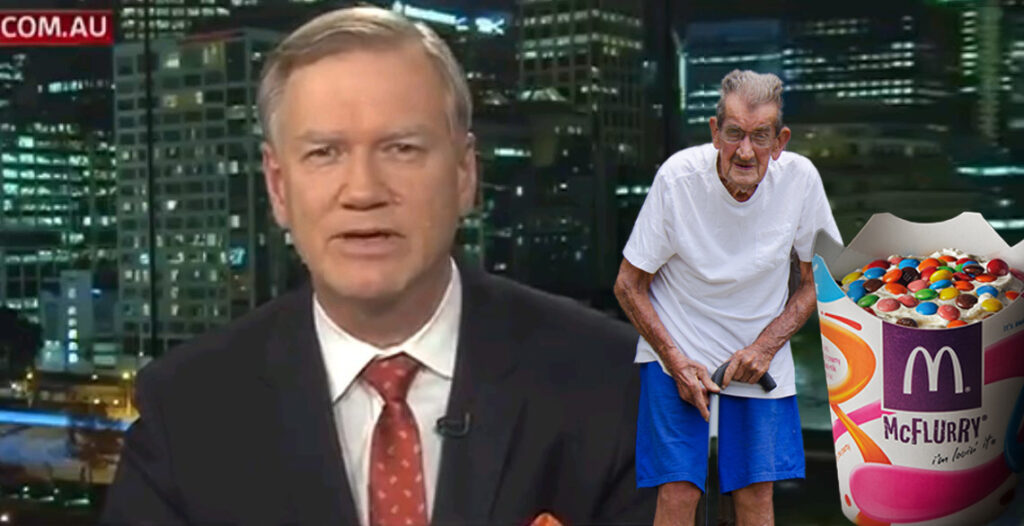 Andrew Bolt has spent the week weighing up an old man’s life against the pleasure of being able to sit down while eating a McFlurry at McDonalds. While the fast food chain currently operates delivery and take-away under strict lockdown conditions, customers have not been able to eat in for almost a month.

The new dilemma comes after Mr Bolt decided earlier in the week that playing golf was more important than his neighbour’s life.

Sources close to Mr Bolt have confirmed that he is genuinely torn between the balance of preserving the life of his elderly neighbour, with access to a proper sit-down fast food experience. They indicated Bolt was currently placing an equal value on the 90-year-old former teacher and the joy of sitting down in-store to eat a McFlurry, but he could swing either way.

Mr Bolt said “At some point you have to look at the damage caused by a continued slowdown of the economy. While we need to avoid deaths from coronavirus we also need to avoid the bad things about lockdown – isolation, closed golf courses, and a lack of access to a fresh McFlurry that you can eat in the comfort of a McDonald’s restaurant.”

“Takeaway’s not the same because the colours bleed from the M&Ms and it gets to you half melted. It’s bullshit,” he said.