General News
VIP line to be introduced at Everest to help wealthy climbers skip queue
May 28, 2019 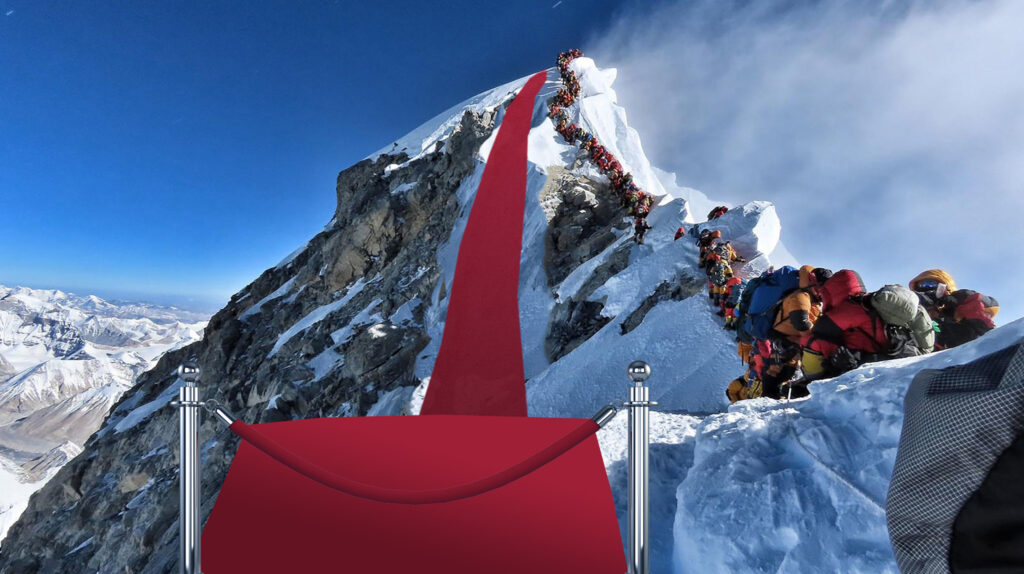 Authorities in Nepal have today responded to concerns about the increasingly long lines at the peak of Mount Everest, stating that they will do everything in their power to ensure that wealthy people will not be forced to stand around and wait in a queue for the first time in their life.

“Many of the people who come to climb Everest do so because they are simply so wealthy that they can actually afford to take a year off to train and sleep in custom built oxygen chambers,” said one representative for Tourism Nepal. “We can’t have any of those annoying climbers who are simply there to symbolise their strength in overcoming breast cancer get in these very important people’s way.”

“The fact is, this plan will really kill two birds with one stone,” he continued. “By charging rich people get to the top first, we’ve finally found a way to pay to clean up all the crap they keep leaving up there. But more importantly, making it a premium experience means that we’ll probably attract a lot of instagram influencers, and given they seem to never wear more than a tank-top they’ll most likely freeze to death, which is good news for everyone.”

“But the VIP queue is just the beginning,” explained the representative. “We will also be installing lifts up the side of the mountain to make the experience more of a luxury for our paying customers. And we will be introducing a Starbucks at the summit for those VIP guests who are craving a coffee and bagel during their authentic mountaineering experience. Isn’t nature amazing?”