loading...
General News
Trump follows through on election promise to shoot people in the street
1st of your 1,000,000 free articles this month 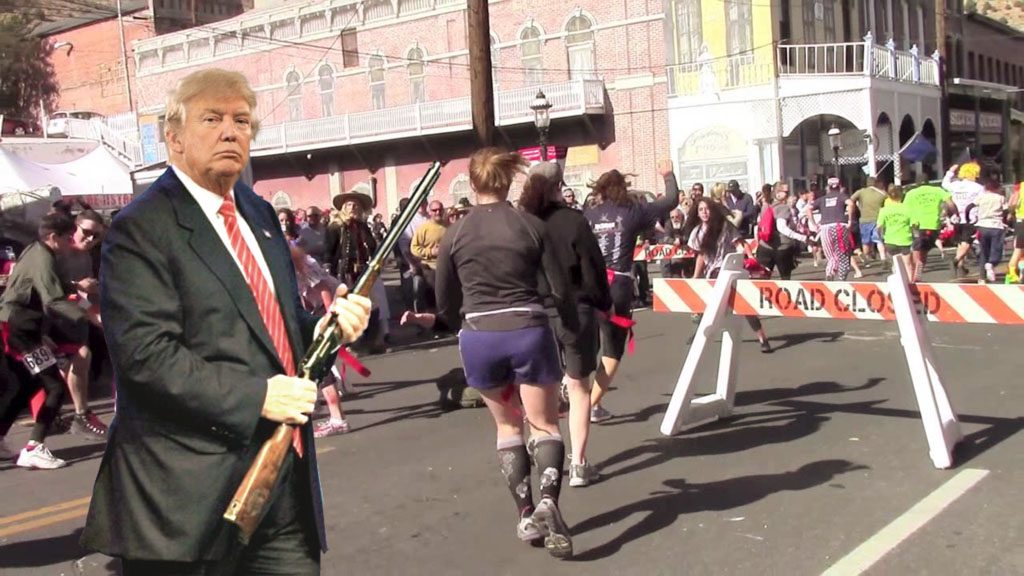 After being accused of lying by Twitter this week, United States President Donald Trump has today attempted to show just how honest he is by following through on his election pledge to shoot random people in the street.

“Just spoke to Governor Tim Walz and told him that the Military is with him all the way. Any difficulty and we will assume control but, when the looting starts, the shooting starts. Thank you!” tweeted Trump while wiping his fingers on the constitution. “And twitter can’t delete this tweet or I’ll sign an executive order to delete the website, which is a very sane thing to do by the way.”

The President has also been praised by followers this week for following through on another election pledge after Mexico agreed to pay for the border wall. “We’ll do anything to keep that mess of a country away from us,” said Mexico’s president today as he personally began laying bricks for the wall. “No matter the cost, we just want to be sure that none of their criminals are sneaking over the border into our country. They’re not sending their best you know. All of them fled back in 2016.”