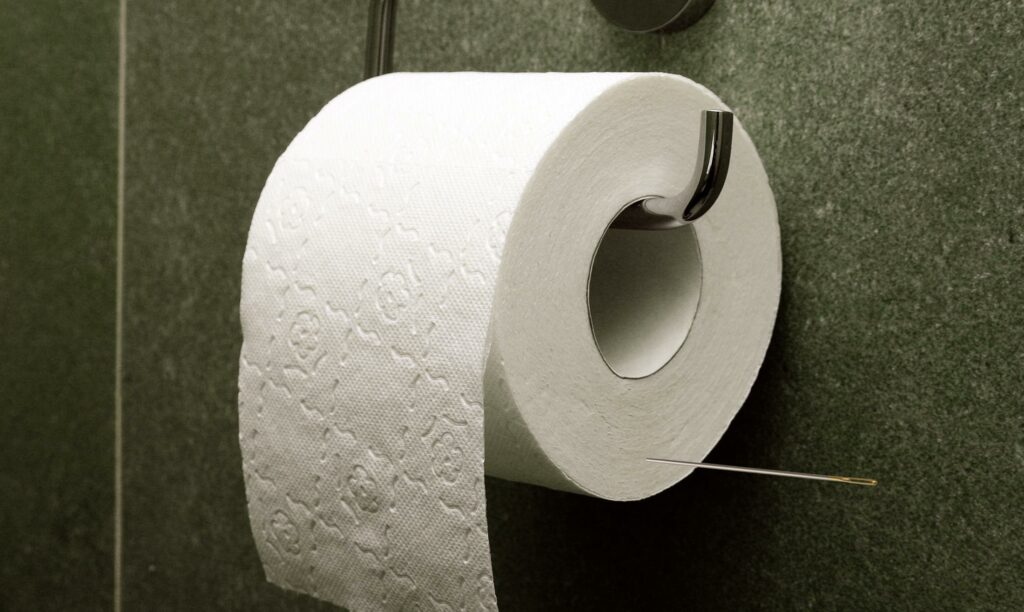 The Australian Toilet Paper Wars have been averted tonight, after a customer in Queensland found a needle in their punnet of toilet paper, leading to a complete collapse in sales across the country. “Oh yea, nah thanks mate,” said one man offered a roll of toilet paper as he approached the aisle, “I think I’d rather just stick to my sandpaper supplies.”

The plummet in sales is bad news for both toilet paper producers and the Australian economy in general, with the Government having already based its entire economic outlook for the next ten years on the assumption that toilet paper sales would continue at these levels indefinitely. “Yea we’d already announced a surplus,” said Federal Treasurer Josh Frydenberg, “You know, in the future that is. Who would have though basing our entire national economy on a single sector and assuming that demand would remain at maximum capacity indefinitely would be a bad way to plan a national economy. Oh well, good thing we’ve got coal exports to fall back on. That industry will be around forever.”

However, it has since been revealed that the needles were simply a stealth campaign by toilet paper producers to force the public into getting flu shots. “Yea we knew that a lot of facebook mums will not bother to get them this year, because of the whole anti-vax thing, but then complain when they magically get the flu in the middle of an already dangerous pandemic,” explained one employee. “So we figured why not combine one thing that people hate, medical science which can cure disease, and combine it with something the rich socialites of Mosman love, buying millions of toilet rolls.”