General News
“There’s no money for healthcare” says nation where every cop has a rocket launcher
June 6, 2020 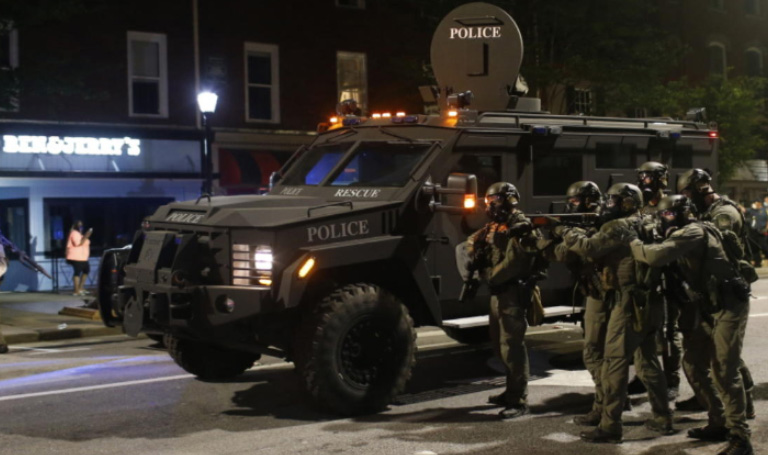 The United States senate has today reiterated that there is simply no money in the budget to provide healthcare to those who can’t afford it, as the nation’s coronavirus transmission rate continues to increase and hundreds of thousands are without healthcare due to unemployment. Stating that the world’s largest economy would be completely crippled if it had to provide a social service that every other country manages to provide, senators then moved on to the next item of business by immediately approving $50 billion in tax breaks for business leaders and a doubling of the military budget.

“The fact is, if we paid for everyone’s healthcare then we wouldn’t have enough money left over to provide every police officer in this country with their own surface to air missle launcher,” explained Senate Majority Leader Mitch McConnell today, “and I don’t think any of us want to live in a country where a hard done by law enforcement officer doesn’t have his own full body kevlar simply because some selfish child wants to get his leukemia treatment subsidised by the government.”

President Trump also weighed in on the debate, stating that people shouldn’t be relying on the government and they should work for their money, before teeing-off during his daily million-dollar taxpayer funded golf trip. “Government money shouldn’t just be thrown away on frivolous things,” explained Trump as a helicopter idled nearby in case he wanted lunch in New York, “taxpayer money should only be spent on the most important things, like a giant wall stretching from one side of the country to the other, or on $12 worth of hamburgers to reward some of our most elite athletes.”

Asked what he thought of the decision, republican voter Joe Potato said it was the right thing to do. “Yes I may be about to go bankrupt because I lost my job and I can no longer afford my spinal reconstruction surgery, but I think it’s important to consider who would be losing out if my treatment were subsidised by the government. Just think of those poor Koch brothers who might have to pay 1% more tax on their $100 billion fortune, or what about Jeff Bezos? He’s only made $20 billion this year. Imagine how many jet airplanes he’d have to cut back on if we took away a small fraction of that to ensure children aren’t dying of pneumonia. Gosh, when I said I’m pro-life I never meant it like that.”