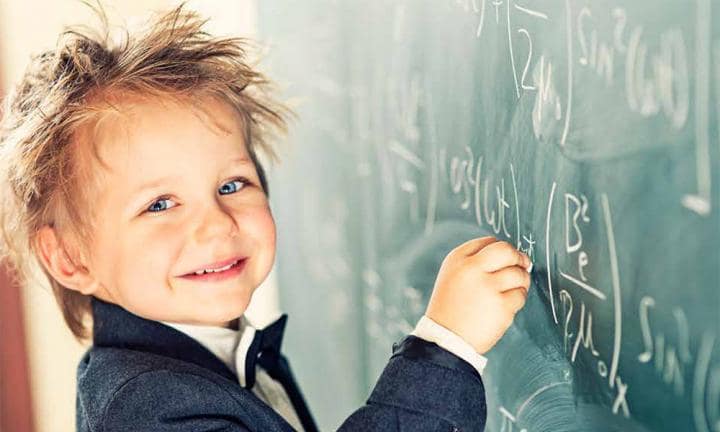 Picture this. Your child is a straight-A student, head of the school orchestra, vice captain of debating, MVP in the state basketball team, and runs a charity program that supports orphans in India. If that sounds all too familiar, then this column isn’t for you. Seriously, vice captain? Cute, but I’d prefer not to get bogged down talking about mediocrity. If your child truly is a high achiever though, read on as you could probably do with some advice. How best to channel all those talents? How to keep your child constantly stimulated? And when, exactly, to start the campaign push for SRC president.*

As a mother of a high-achieving child myself, I know how difficult it can be. I had to pull my daughter, Mia, out of Little Athletics at the age of four because she wasn’t being challenged enough. Andi n the 10 years since, while Mia has cleared every hurdle put in front of her, society has continuously lowered the bar (or, as Little Athletics puts it, ‘We need to give some of the other kids a go at the high jump.’) So I get it. It’s hard being better than everyone else. By following these tips below, however, you’ll ensure your child lives a rich, happy, fulfilling (but mainly rich) life.

2. Don’t over-schedule
If your child is anything like mine, they’ll be tempted to get involved in all of the many different activities at which they excel, leading to inevitable overload. So it’s important that you teach your child to prioritise and make the right choices. Just yesterday I had to counsel Mia about whether to attend the dress rehearsal for the school’s production of Romeo and Juliet (she’s playing the lead), or the award ceremony for the Victorian Young Scientists extension program. In the end we decided she should be there to accept the award in person. I filled in as Juliet.

3. Spend quality time together
Don’t forget to make time to just hang out together, with-out the pressures of school or extra-curricular activities. Even something as simple as baking a cake together can be a relaxing, bonding experience. The different weights and measures required in baking also provide a wonderful opportunity to practice mental maths. I usually ask Mia to make 1.17 times the required recipe, just for a little extension.

4. Make time for unstructured playtime
When your child has so many talents, it’s tempting to pack their days with drama classes, choir rehearsals and overseas internships. To spark their creativity and imagination, however, children need un-structured play too. For example, on Thursday nights between 7:00 and 7:30, Mia has free reign to practice whichever instrument she wants. It’s totally up to her which scales she chooses or which AMEB examination she wants to prepare for. We leave her totally alone, and make a strict rule of not interrupting or commenting on her unstructured play until we listen to the recordings afterwards. It was only by having this total freedom that Mia discovered the oboe (actually, she discovered the bassoon, but we talked her out of that – there’s already a bassoonist in the Combined Independent Schools Orchestra). So she’s found another passion, and I have another group of influential parents to get to know.

5. Get involved in their interests
Becoming involved with your child’s interests and hobbies is a great way to see the world from their eyes. Or in Mia’s case right now, from the eyes of Fyodor Dostoyevsky. For example, if your child is going through a Greek literature phase, as Mia was in primary school, it’s a chance for you to get involved in Sophocles and Homer too. If your child is going through a Pokemon phase, then it’s a chance to get involved and shut that shit down as quickly as possible.

6. Beware of social media
Social media is a great way to let people know about your child’s achievements. Snapchat and Instagram can be fun for kids, but it can sap their motivation and draw them away from their talents.That’s why I pay an agency to manage Mia’s social media accounts on her behalf. It means she can still maintain the largest social media followings among her friends, without missing out on rowing training or tap dance practice.

Tip: Try to post about your child’s achievements on social media at least once a day

7. Don’t forget to maintain discipline
We all know the familiar refrain, “But I don’t want to go to jazz ballet tonight!” Well, Mummy didn’t want to make the two-hour trip out to Warrandyte on the weekend to watch you come second in the cross country championships either, but I did it, just for you. As the adult, you need to set rules as well as consequences for breaking them. I make Mia stand in the corner until she’s recited all the prime numbers in ascending order up to one million. But for your child it will probably be something simpler.

8. Love them
It’s the simplest, yet most important rule of parenting. At the end of the day, all I want is for Mia to be happy and a partner at a top-tier law firm.

This article originally appeared in the Official Guide to Bad Parenting (CQ&): buy it here.