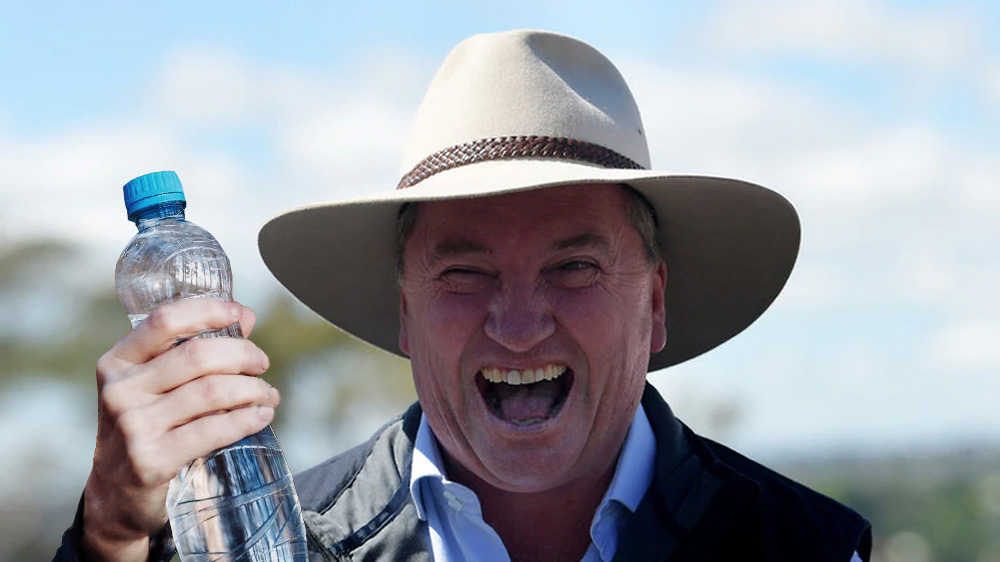 Joyce then went on to explain that there was nothing suspicious about the exchange of millions of dollars to the company “Angus Taylor Secret Illegal Slush Fund Pty Ltd”, given that the water was clearly worth the price paid. “Just look at this picture,” said Joyce, holding up a screenshot of Game of Thrones on his phone. “See that plastic bottle behind Sam’s leg? Well I have it on good authority that this bottle of water is an exact replica of that prop. Truly one of a kind I’d say, probably worth billions.”

Asked how this purchase would in any way help with Sydney’s depleted water supply, Joyce said it was simple maths. “This bottle may not seem like much water, but just think. If I pour it our into the damn, I then have a completely empty bottle I can fill up at a nearby tap, and then pour that into the dam! In a few months the whole thing dam will be running over – I’ve basically bought unlimited water!”