General News
Study confirms leading sign of psychopathy is keeping vegemite in the fridge
May 18, 2020 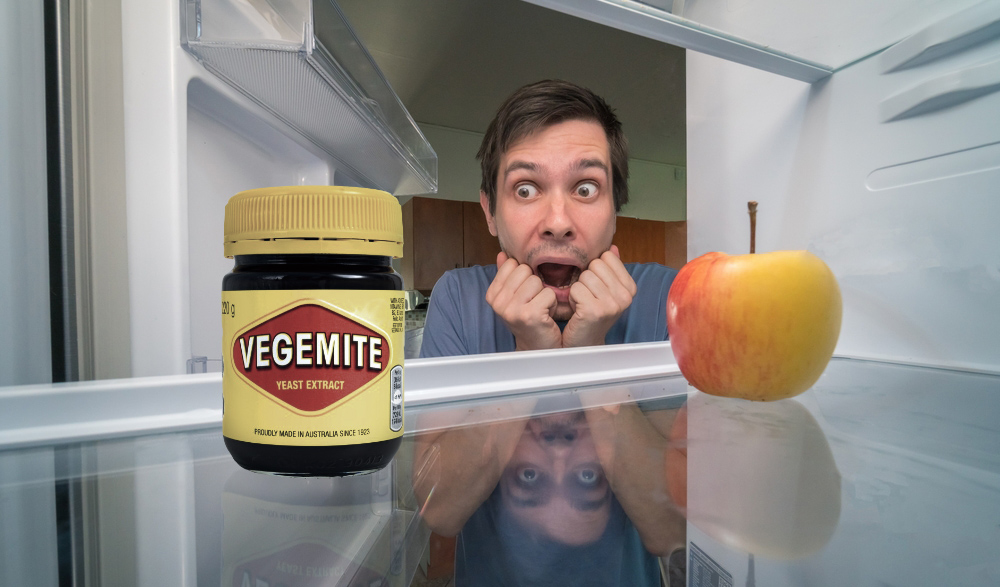 A new study by the Australian National University has today confirmed the widely held belief that anti-social disorders can be directly linked to a tendency to keep Vegemite in the fridge, with 10 out of 10 study subjects who keep the spread in the fridge having been confirmed to have either murdered someone or worked for a bank in the last 5 years.

“We tested many potential links, from people who pronounce GIF as JIF, to those who play music from their phone speaker without headphones, but they were more correlated with just being a total jerk,” explained the head researcher Dr Brian Iftwood. “However, we did also find a strong correlation with people who keep tomato sauce in the pantry and people who collect severed hands, so that might be a good follow up study.”

The researchers say the results are not surprising, with the study being little more than a formality so that refrigerated Vegemite people can be added to the DSM. “Ask anyone who knew someone who ended up working in real estate, and they’ll say the warning signs were there from the beginning. Torturing animals, putting preserved spreads in the fridge, enjoying Kyle and Jackie O’s radio show, it’s the same story every time. It’s what we in the field call the dark triad of people who will start slicking back their hair by the age of 20.”