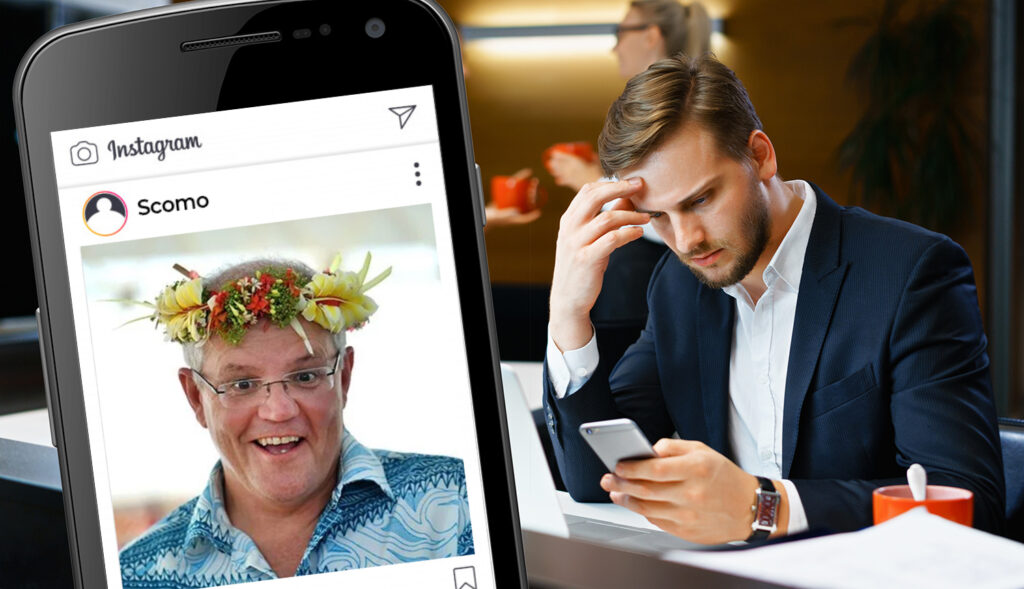 Scott Morrison’s $190,000 a year empathy consultant has thrown in the towel today, after being informed that Morrison would not be making this week’s meeting due to an impromptu holiday to Hawaii, following what Mr Morrison has described as a “really tough two months of saying and doing absolutely nothing about the fires.”

“It tapped a lot of my energy,” Morrison explained to his consultant over Skype while sipping pineapple juice from a coconut on a Hawaiian beach. “Do you people have any idea how hard it is to go day in and day out hiding in your office while all your staff bang on the door demanding you go outside and do your job to reassure Australia? Also I had the whole religious discrimination bill to deal with, which I have also not passed. God, nobody appreciates how much effort it takes to do as little work as I do.”

Asked by his consultant why he chose the tropical Island paradise of Hawaii of all places, instead of holidaying in Australia where he could remain on call if needed, Morrison said it was an obvious choice. “I wanted to give my kids the chance to see a Pacific Island while they still can!” Morrison explained. “You know, before they all disappear underwater for reasons unknown to science but which are probably the fault of the Greens.”

“God it sure is hot over here though. How’s the weather on your end?” asked Scott. “Hello? Hello? You still there? Oh, he hung up on me. How unempathetic.”