loading...
General News
Scott Morrison pops over to volcanic island for a bit less smoke
1st of your 1,000,000 free articles this month 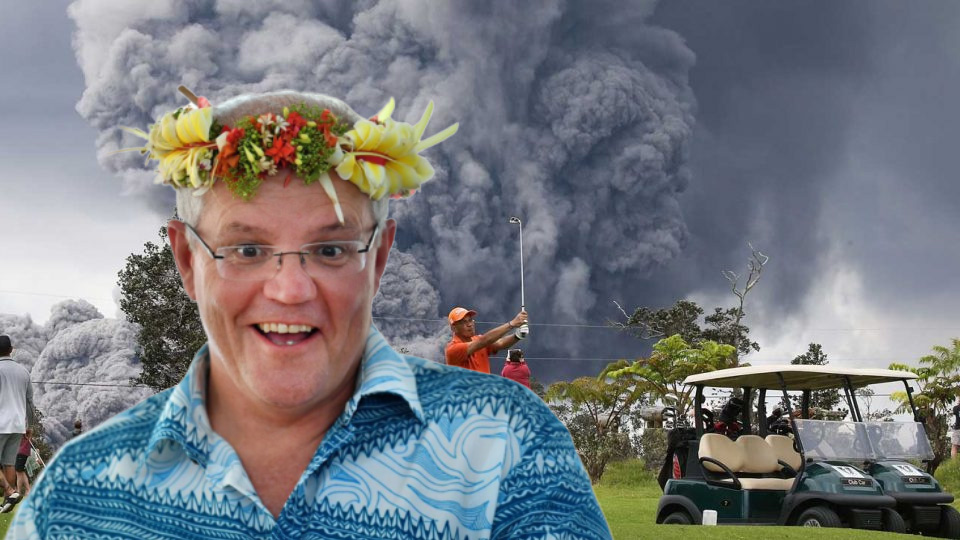 Non-acting Prime Minister and part time jet-skiier Scott “ScoMo” Morrison has today jumped on an aeroplane and jetted off to Hawaii in order to get a bit of fresh air and relaxation in the wake of two months of nonstop bushfires.

“God, the air here feels so fresh,” said ScoMo as he stood above a smouldering volcano, “Don’t know why more Australians haven’t had this idea!”

However, his tour guide was quick to point out that all Australians leaving the country for Hawaii every fire season would in fact just make the problem worse, with plane travel being one of the largest contributors to global warming. “Gosh, I had no idea!” said a fascinated Morrison, “What exactly is this ‘global warming’ thing? I’ve never heard anyone talk about that before.”