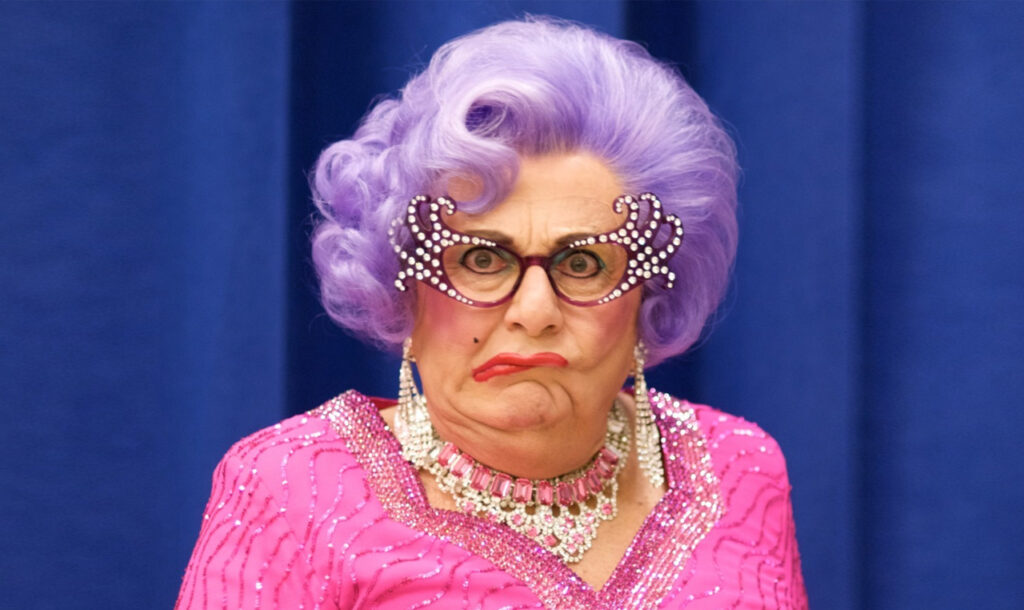 The Liberal Party have today made steps to avert what has been described as an “avalanche of women leaving the party” after Prime Minister Scott Morrison revealed their new pick for the seat of Higgins – Dame Edna Everage.

“I’m proud to say we have such a talented and well respected woman on our team,” said Morrison to a packed party room at the Brisbane Gentlemens club today. “As not only a self employed woman, but also an icon of Australia, I think recruiting Dame Edna is the perfect representation of how much the Liberal Party values and respects women and their issues. But even more importantly, as a rich white person over the age of 80, she aligns perfectly with our supporter base.”

“What’s more, we were so impressed with her track record in broadcasting and touring the world over 50 years, we’ve also made her head of the ABC, as well as our new ambassador to the US, our new operator of the camps on Manus Island AND our new Finance Minister. There, I think that’s every scandal neatly wrapped up.”

Former Prime Minister Tony Abbott has also championed the news, stating that he had long been an admirer of Dame Edna. “As you know I’m always a sucker for Knights and Dames, and I’ve gotta say Edna is one hell of a Dame. From her dazzling sense of dress to her horrendously outdated views on transgender rights, I’m not ashamed to say I’ve had a bit of a crush on that handsome old Dame, ever since I first saw her on stage as a young boy.”

Informed that Dame Edna was in fact not a woman, but simply a man in drag, Scott Morrison was unperturbed, stating “Hey, at least he still can’t be worse than the time Tony Abbott became Minister for Women.