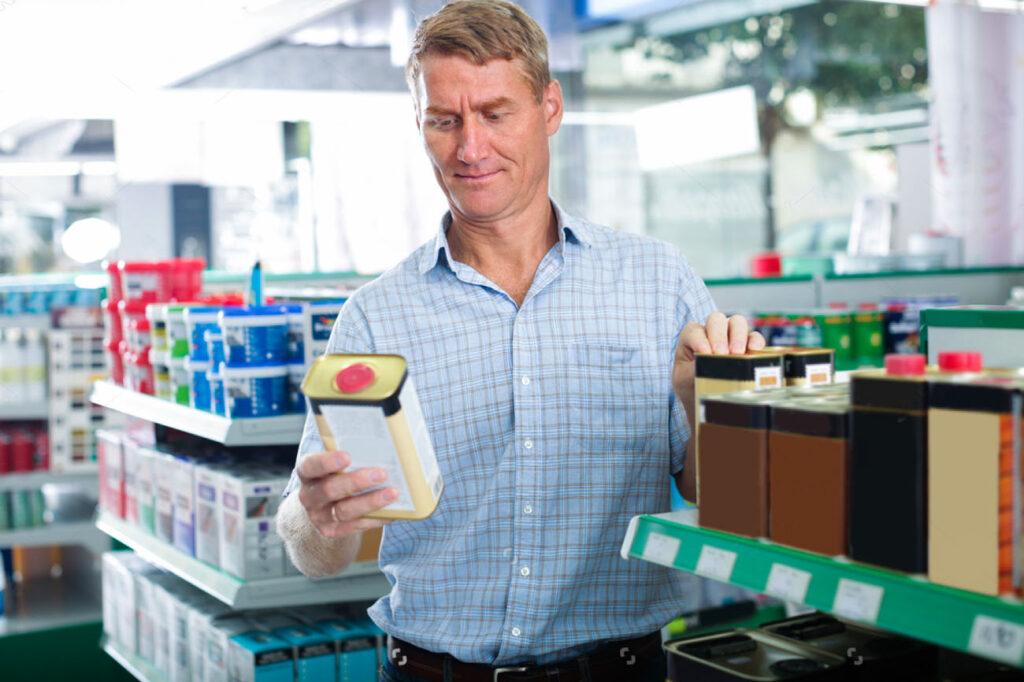 Local DIY repairer Ron Bakershmitt has been saved from serious embarrassment at the last minute today, after spotting a warning label on the can of Dulux Colourbond he was about to drink.

“You know, without the warning that this tin of high-gloss enamel contains deadly chemicals, I was totally down for a few shots with the boys after a hard day of house repairs,” says Ron from his new outdoor deck this afternoon. “I’d even prepared a nice plate of asbestos-drywall chunks as a delicious side snack, and a bit of in-roof insulation for the kids. But after seeing the label warning that consumption may lead to death, I decided I’d give it a miss and just opt for a regular old glass of Tide detergent instead. You might think it’s not meant to be drunk but it still tastes better than anything you’d get at Starbucks.”

When asked why he was considering drinking from a tin of green sludge, Ron explained that it was just part of Australian culture to drink things which taste like their primary purpose is as an industrial chemical. “I’ve been drinking strange seemingly inedible liquids for years now,” said Ron. “From the foggy brown sludge of Guiness, to eye watering soil-flavoured paint-stripper we call whiskey, if we were judging drinks on how much they seem like they should never be consumed, then I’m pretty sure my local pub would go broke in a week.”