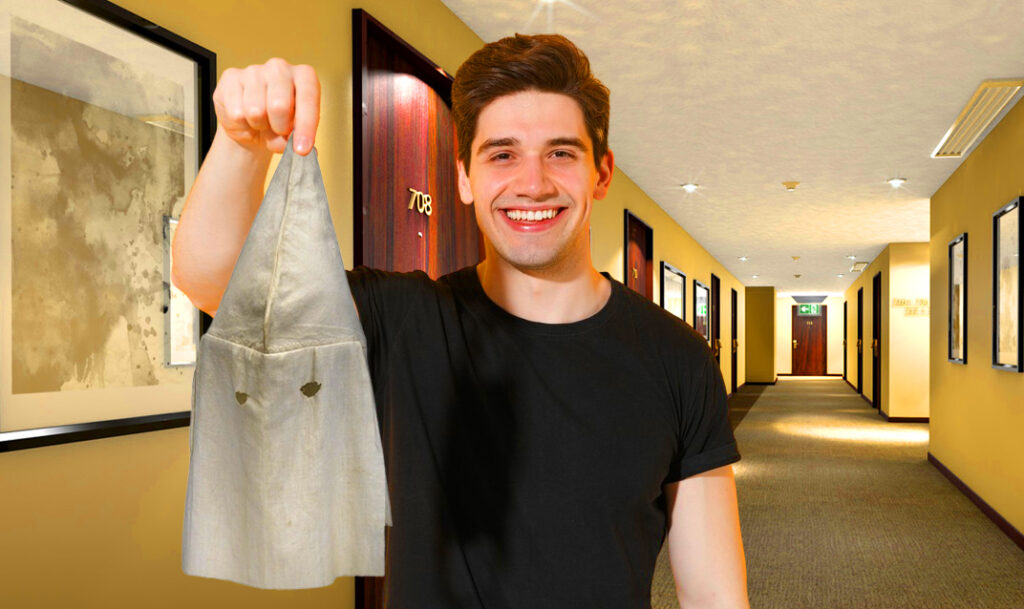 Hotel workers have today finally reached a compromise with Katie Hopkins after finally convincing her to wear a mask while interacting with staff. “After exploring a range of options, she was happy to agree to wear a full head option made out of an old pillow case with eyes cut out,” explained one hotel worker, “as long as we also provide a white bath robe to go along with it. We’re not sure why.”

Meanwhile representatives for Channel Seven have apologised for bringing Hopkins into the country, explaining they had no idea employing her would play out this way. “We had no idea a woman solely famous for acting like a dangerous idiot would act like a dangerous idiot,” explained the network. “How were we supposed to know hiring the woman who has been sacked from every show she worked on due to public outcry would result in her getting fired following a public outcry? This was completely unforseeable.”