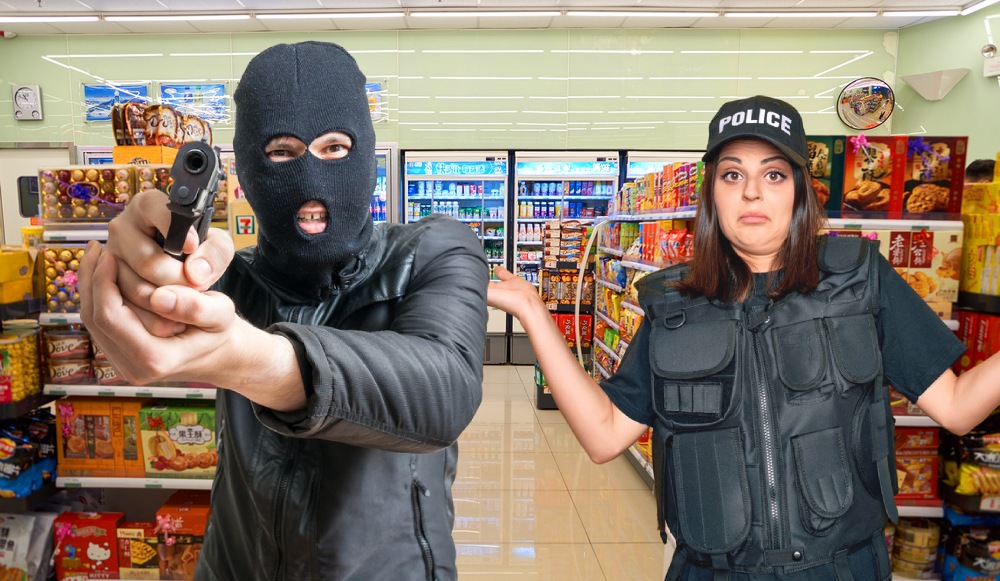 Local convenience store Sydney City Extra has today been forced to close its doors, after the entire days earning were taken by a guy who was clearly having a pretty rough one. “I just stubbed my toe, now give me all your money,” shouted the masked criminal in full view of police. “Also I just found out I’d gained three kilos when I bought this gun, so it’s perfectly legal.”

Police on the scene said there was nothing they could do to help the store owners, as the criminal’s case of having stubbed his toe checked out on security footage, which placed him into a legally gray ‘bad day’ area which cannot be policed. Instead, officers rushed along the process to ensure nobody else was inconvenienced, by helping point the gun at the shopkeeper while the armed assailant filled his hessian sack with money.

However, the criminal almost didn’t escape after he was tripped by a member of the public while attempting to flee from the store, and was only able to regain his balance thanks to the help of the police. “Easy there mate I got you,” said one officer as he caught the criminal in his arms, “gosh look what a terrible day you’re having, you just dropped all this cash you just stole. Here let me help you gather it all up and send you on your way.”