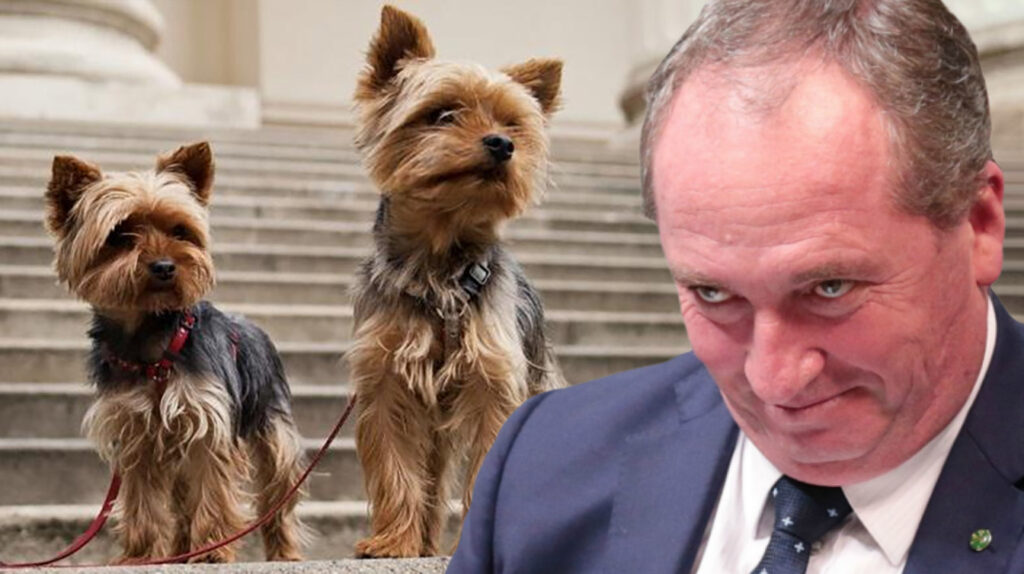 Movie star Johnny Depp’s dogs Pistol and Boo have today been placed into protective custody by police, following news that Barnaby Joyce is set to once again contest for the role of Deputy Prime Minister of Australia.

“While there is no immediate threat, we are doing this as a precautionary measure,” explained Los Angeles police today. “We just don’t want to find ourselves in a situation where Joyce could use his diplomatic immunity as Deputy Prime Minister to order a state sanctioned assassination of the dogs as retribution for ruining his career.”

Asked whether this was a likely threat that the police are actually taking seriously, the LAPD explained that they never thought it likely that a man who was Deputy Prime Minister of a nation state would be stupid enough to have sex with a staff member while married, not use a condom, then act surprised when she gets pregnant and it ruins his career, but that’s just the kind of wildcard Joyce is.

“For all we know the man might sign off on a multi-million dollar water deal without reading the fine print, or turn up to his job drunk for weeks on end, or do a radio interview where the only word he says is ‘Labour’, or post a rambling video to twitter on Christmas from the middle of a paddock, where he attempts to point at god with his camera, or maybe he might even re-apply for a job which he famously flamed out of just over a year before,” explained an officer. “The idea that he might use a nation state’s resources to murder a Hollywood celebrity’s dog is actually pretty low down on the list of most unbelievable things the man will probably do if he gets back in power.”