General News
Peter Dutton attempts to win over 60 minutes by busting out tune on his pipe organ
February 16, 2022

WRITTEN BY
Mark Taylor
For The Chaser 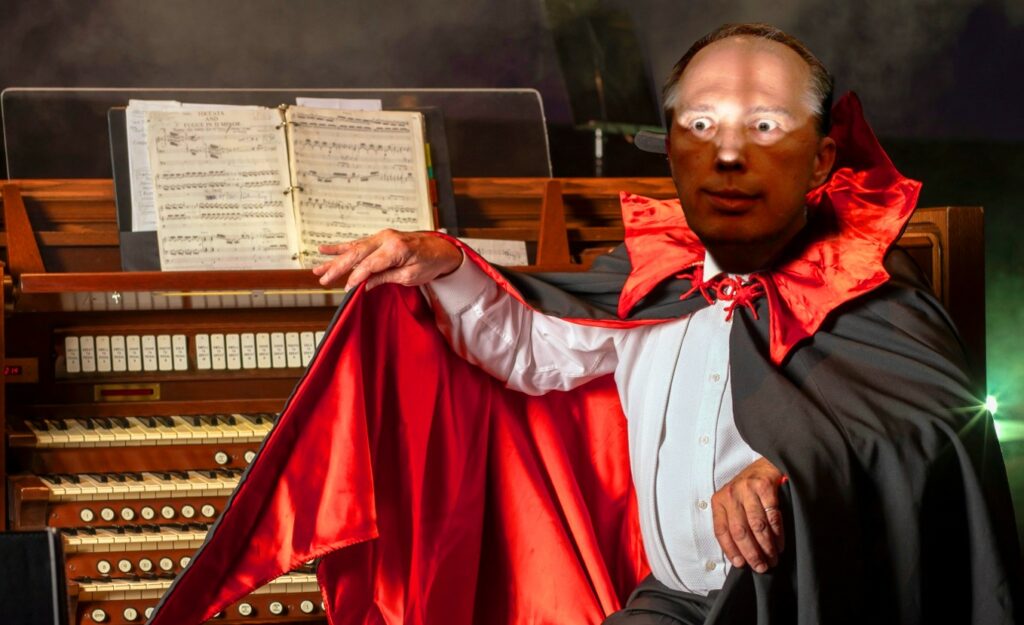 Federal Member for Transylvania, Peter Dutton, has today attempted to show off his more human side to 60 minutes by performing a melancholy dirge on his pipe organ at a family barbecue. “Zum people vill always complain about zeir overlords, but I am just another regular Joe,” Dutton explained to Karl Stephanovic while giving him a tour of his chambers. “I don’t understand vhy ze villagers alvays are shoving pitchforks and torches in my face. I only ate vun of their children!”

Dutton’s wife also sought to defend Peter, stating that her husband is not a monster. “Just because he locks children up in torture camps doesn’t mean he’s a monster,” she explained. “Okay I think he’s out of earshot, please god you have to get me out of here, I’ve got three stakes under my bed and a garlic cross, if we can make a run for it while his back is turned I think we can OH HI PETER WELCOME BACK WE WERE JUST TALKING ABOUT HOW GREAT AND NON MONSTOROUS YOU ARE!”

The minister also attempted to show off his lighter side by playing with the local children, in a one sided game of tag in which he chased them through the streets as they fled screaming. “You can’t run forever children!” Dutton chortled joyfully. “Anyway I’m off to do my daily charity work. I volunteer at the local blood bank, those delicious veins aren’t going to drain themselves.”