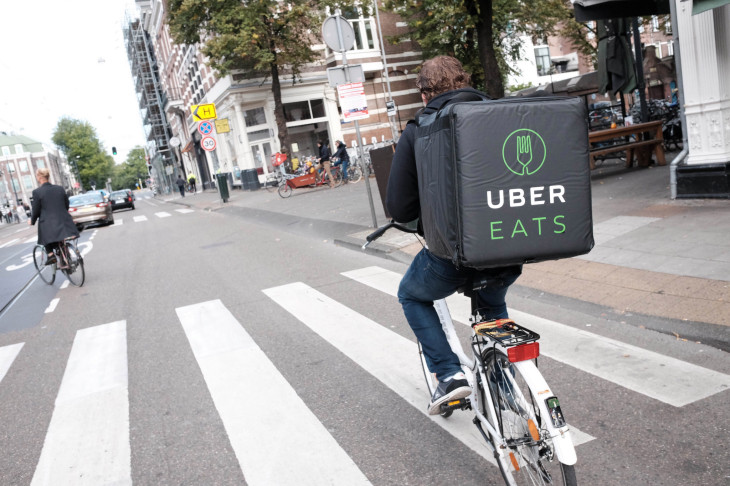 SYDNEY, Tuesday: Ambulances have been rushed to Harris Street in Sydney today to treat a number of members of the public for shock, after a large group of onlookers reportedly witnessed a food delivery cyclist obeying a road rule.

“I… I just can’t process it… it all happened so fast,” explained one woman who saw the incident take place, “you know one second the lights were turning red, and then next thing you know the cyclist came to a complete halt and let pedestrians cross. We tried to shout, to let him know the light was red, but it was too late, he’d already come to a complete halt and let the opposing traffic through. Poor guy’s probably going to get a two star rating.”

Reports state that the man on the bicycle then fled the scene, but only after waiting for the lights to change colour, and without even momentarily swerving onto the sidewalk or directly into the path of pedestrians in order to get a twenty second headstart on traffic.

“It was chaos, nobody knew what to do,” said one woman who was not forced to jump to the side to make way. “We all just stood there expecting him to cycle into us at any moment, but eventually he just rode off in the far lane so as to not block faster moving cars. The man was clearly not in his right mind.”