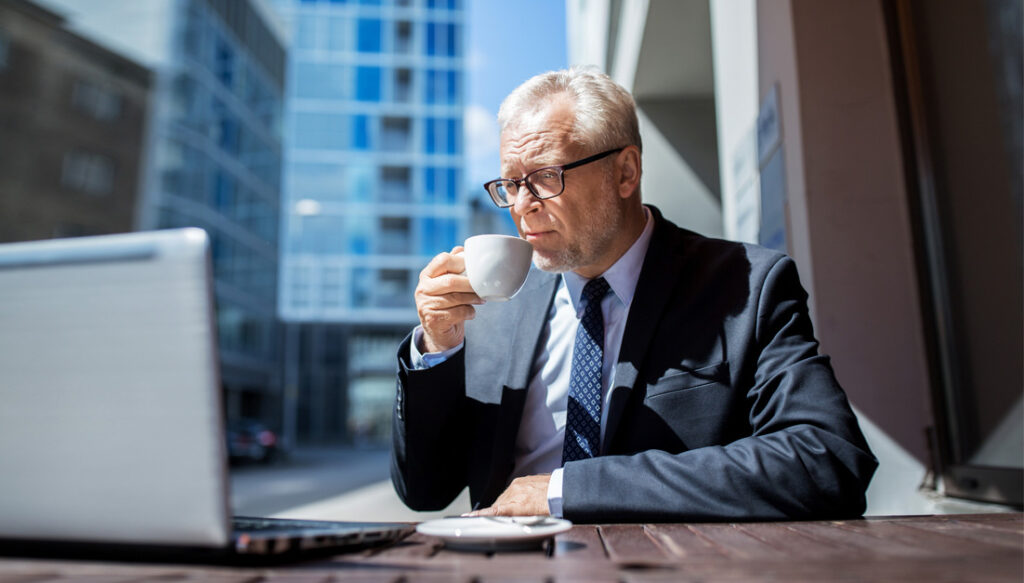 Local Daily Telegraph ‘journalist’ and pedophile apologist Joe Hipocrit has today slammed the overwhelming influence of ‘inner-city latte sipping socialites’ in the media, before popping out of his office in inner city Sydney to grab a cappacino with a friend at a local cafe.

“Thank god for real salt of the earth reporters like me” said Joe, taking a bite from his macaroon before dusting the frosting from his versache suit, “You know, I once even went all the way to Homebush to report on a story, couldn’t even get 5G reception on my phone, that’s when you know you’re out in the real Australia.”

Asked whether he saw any irony in complaining about inner-city latte drinkers, while working and living in Surry Hills and subsiding on takeaway coffee, Joe said there was a big difference. “You see latte drinkers are the scum of the earth, whereas my frothed coffee has a fine sprinkling of chocolate dust on top of it, which is makes me much more in touch with the common Australian.”

Joe also went on to complain that right-wing voices are too often silenced in Australia. “I’m an outsider you know, always have been. With my daily opinion column in 18 newspapers across Australia, a talkback radio show, and a weekly hour long slot on Sky News, I can’t help but feel that my views are being silenced and censored, especially given someone critised something I wrote the other day on twitter, simply because I refuse to listen to ‘experts’ and ‘scientists’ instead of just going with my gut when it comes to reporting on things.”

“I’m just glad there is still a small corner of the media for my oppressed views to be reported,” Joe continued, “if that small corner happens to be the world’s second largest media conglomerate run by a multi-billionaire family that also happens to own stakes in a major American TV network, owns five Australian TV stations, the Wall Street Journal, has a seat on the Disney board, solely owns Australia’s only major cable-TV network, and controls a majority of the western world’s newspapers, well that’s just a lucky coincidence.”

“Wait a minute, this cappuccino has almond-milk in it! Bloody inner-city lefties, always oppressing me.”