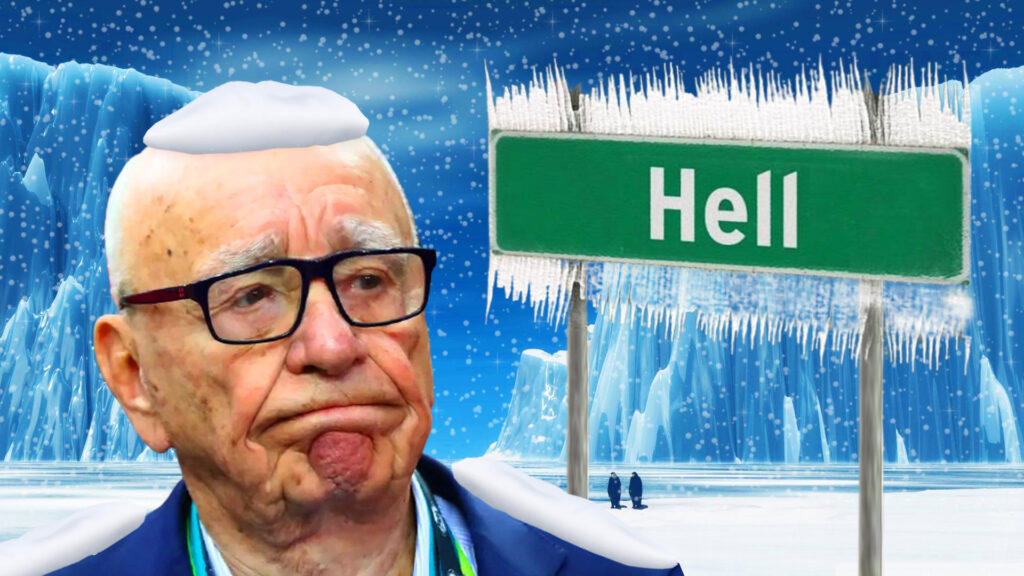 Rupert Murdoch’s media empire has changed its tune after discovering that hell is currently covered in a thick sheet of ice, due to anthropogenic changes to the climate there. News Corp will now support net zero carbon targets and acknowledge the effect of human behaviour on climate.

An ebulliant Rupert Murdoch said that hell would have to freeze over before he acted on climate change, and that day had arrived.

A spokesperson for News Corp said in a statement, “We, as a company, have a responsibility to the shit-thick dunderheads that read our newspapers and the mottled racists who watch our current affairs programming to reflect what is happening in the world and, indeed, the underworld.”

“This development – the literal freezing over of Hades – has prompted News Corp to recognise the dangers of climate change. The melting icecaps, record temperatures, wildfires on every continent, apocalyptic flooding across major cities and mass extinctions that happened before could all have been coincidences. Or an invention of the mainstream media, by which we mean everyone besides us.”

“The point is, we agree with you all now, and the time has come to get our climate back to normal and unfreeze hell. Rupert is going to want it a little bit warmer down there.”