General News
Nation starting to suspect there might be a few reasons why Liberal Party so resistant to an ICAC
March 5, 2021 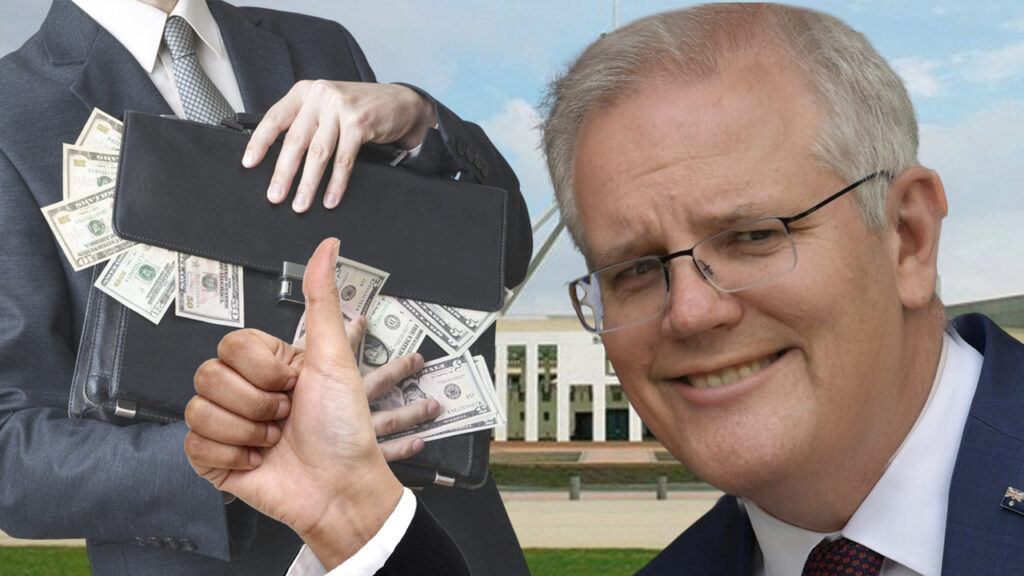 Prime Minister and empathy expert, Scott Morrison, has today taken some time off his job of building chicken coops in his backyard, in order to avoid dealing with the rampant daily corruption tearing the national government apart.

“I don’t hold an inquiry mate,” said Morrison when asked about the various rape allegations levelled against his staff. “I’m afraid that’s something for the police to not investigate and then pass the buck back to us once everyone’s forgotten about the affair.”

Asked whether not punishing politicians for the water rorts, sports pork barreling, travel entitlement overspending, the document forging, the au pair visa scandal, the tenderless reef fund, and the odd rape might be doing damage to people’s trust in government, Morrison laughed and said journalists need to get out of the Canberra bubble. “Look mate, I investigated and there’s no corruption here,” said Morrison while being handed a large hessian bag of cash. “Now if you’ll excuse me, I have a $5000 dinner with the coal lobby for no particular reason. Toodles.”