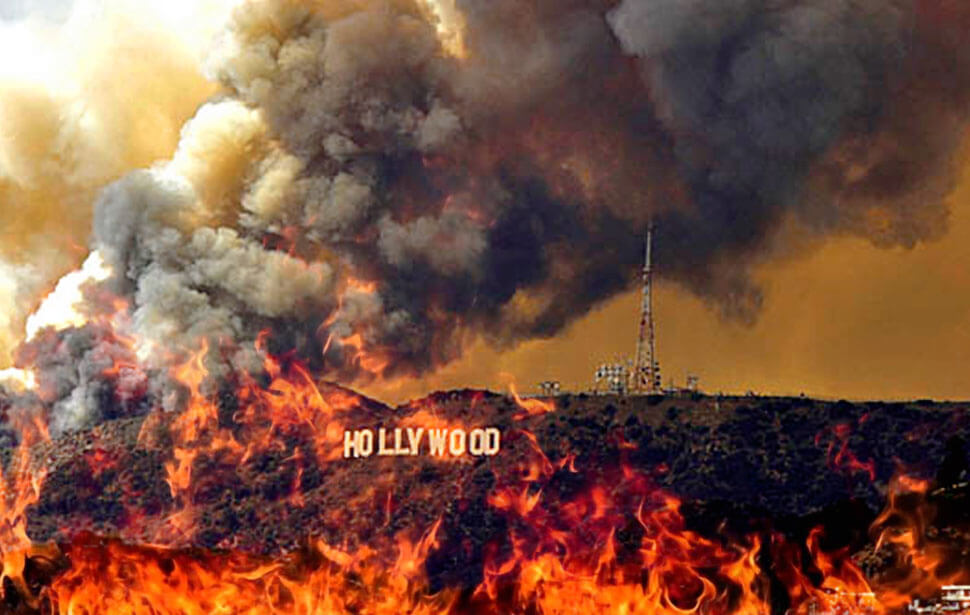 LOS ANGELES – Reports are emerging from within the Hollywood region of Los Angeles this morning indicating that large portions of the state have been flattened by what can only be described as a “once in a million year asteroid impact, localized entirely within the 5km residential radius of the Hollywood studios”.

Though details are still coming in, authorities have confirmed a death toll upwards of twenty-thousand, a number that is said to include “every single celebrity who had managed to survive 2016 up to this point, except Nelly Furtado who frankly was only barely holding on to the title of celebrity at this point anyway.”

Sources within the White House were unable to ascertain the whereabouts of Donald Trump at the time of publication, though they said they “still have high hopes that he may have been taken out in the impact.”

Update: Authorities have now confirmed they have recovered Keith Richards from under rubble near the impact’s epicentre. Medical assessments suggest the he is “somehow now in better shape than ever”.