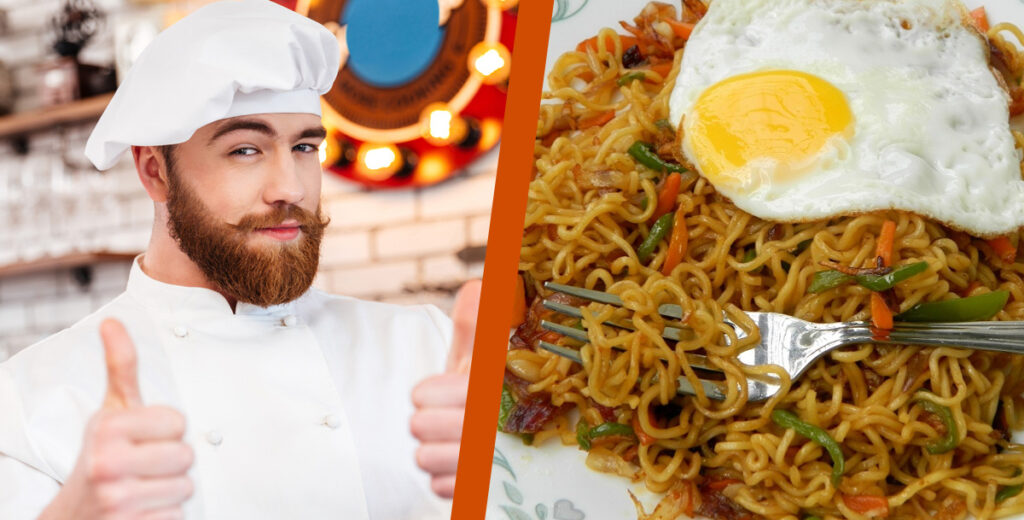 Local university student and walking vitamin deficiency Pete Wales has today taken the first step towards becoming a true adult, after deciding he might add a garnish of chopped carrot to his nightly meal of mi-goreng noodles, in an attempt to ward off scurvy for another year.

“Bomb apple teet!” said Pete to himself, after adding a stick of soggy microwaved root-veg to his rehydrated noodle soup, sprinkling a pinch of powdered onion sachet to the top as a garnish. “I’m a regular Jamie Oliver these days!”

However housemates report that the addition of a vegetable to Pete’s normal strict Mi Goreng and pizza diet was not entirely driven by his rapidly failing health – but rather it was mostly down to his insufferable cheapness. “Yea it’s good to see him branching out a bit – we were all getting a bit worried that we’d need to start slipping multi-vites into his breakfast corn chips,” explained housemate Max this afternoon, “but that’s not why he’s bought the carrots.”

“Fact is he only bought the carrots because he found out you can get a whole bag for just $2 at Woolies and he wanted to see if he could get in his week’s food budget under $5 so he can spend the whole rest of his $75 weekly student allowance on booze.”

“Fortunately he bough a bunch of apple cider on special, so at least he’ll be getting his fruit quota this week.”