General News
Local man saves crucial seconds by standing in train door while people are trying to get off
October 22, 2019 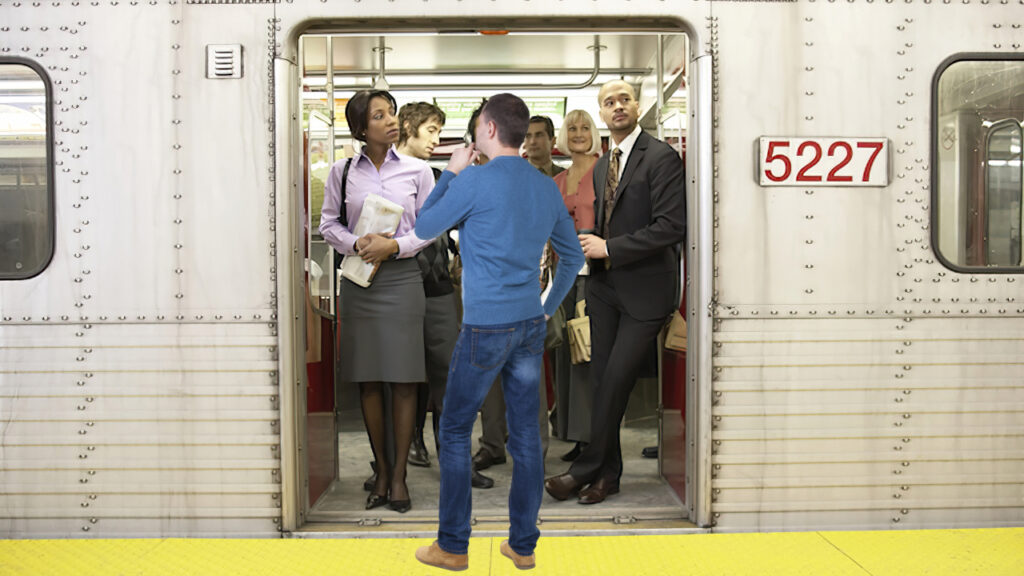 Local commuter and part time public nuisance John Applebee has today shaved crucial seconds off his attempt to board his train, after successfully pushing his way onto the train while hoards of people were attempting to exit.

“I wasn’t just going to stand there and let all these people off the train first, like some kind of a schmuck,” said John, while blasting music from his phone speaker without headphones, “No, it’s imperative that I get on the train the second the doors open, lest I get left behind or end up running late.”

However, John was later shocked to learn that trains do not, in fact, leave until all passengers have boarded, and that if anything, his consistent attempts to board the train before other passengers have exited is actually slowing down everybody’s trip, including his own. “This is terrible, I had no idea” exclaimed a distraught John, “are you telling me trains are waiting around for all those idiots who stand to the side and let people off first? God, why doesn’t everybody only think about my needs for a change. It’s what I do.”