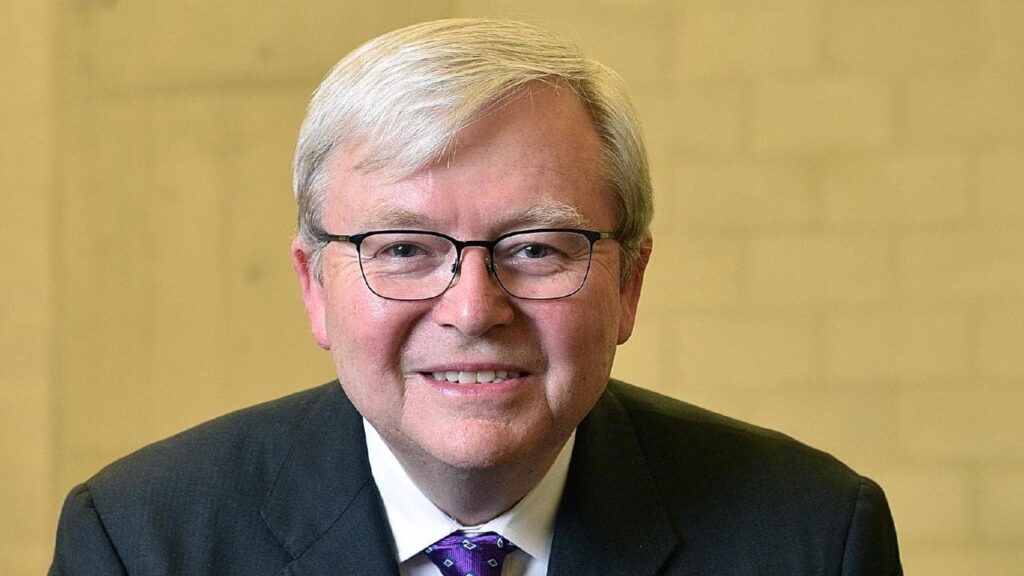 “G’day folks, it’s me Kevin and I’m here to help!” said Kevin at today’s Labor party room meeting to a round of groans. “Thought I’d zip in and throw my hat into the ring, just in case anyone hadn’t had enough of me as leader.”

Asked whether this was just a cynical attempt to cash in on Labor’s near certain electoral victory today, Kevin was taken aback. “What? There’s an election on? I hadn’t heard! Oh silly me, but I guess I can’t uncall this leadership spill now, guess we’ll just have to wait and see what the result is.”

Upon hearing that he hadn’t won a single vote in the spill Kevin was unperterbed. “Well that’s a shame, but not to worry! I hear there’s another major party that’s about to need a new leader in a few hours, and I hear Peter Dutton is already lining up another challenge, which means pretty much anyone but him could win. So if you’ll excuse me I’ve got a Liberal party membership induction to attend. Gotta zip!”