General News
Joyce assured COVID app is no threat as it only logs contacts that last over 15 minutes
April 30, 2020

WRITTEN BY
Damien Francis
For The Chaser 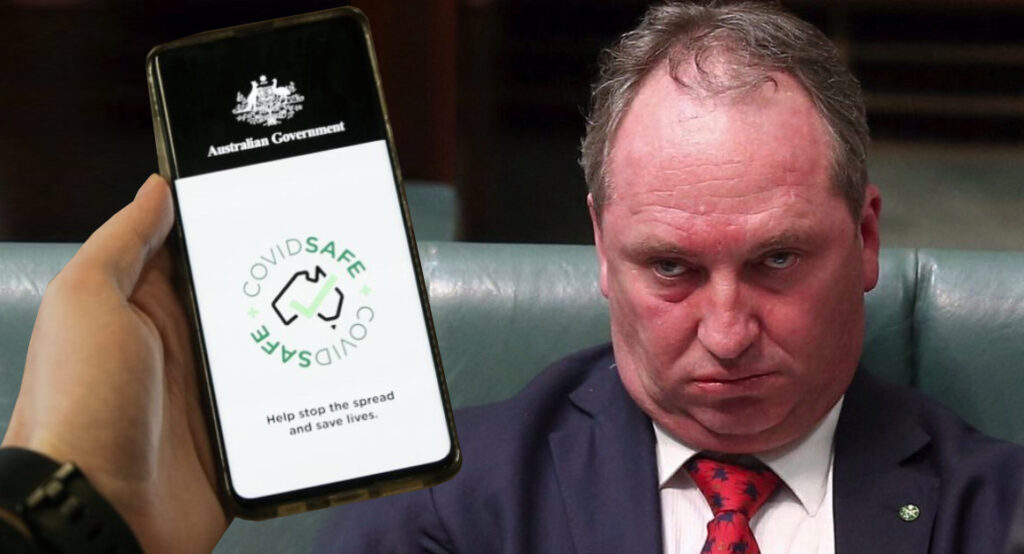 Australia’s highest ranking beetroot Barnaby Joyce has today walked back previous comments claiming that he would never install the CovidSafe app, after learning that it only logs contacts that last longer than 15 minutes, a feat Joyce has never yet accomplished.

“Doesn’t my face look red?” exclaimed Joyce looking no different than usual. “All my legitimate concerns about government over-reach have now been put to rest. Certainly isn’t just because I’m cheating on my current partner. Nope, was always about the government.”

“I’m just very security conscious you know?” said the man who cheated on his wife in an office monitored by various government spy agencies. “That’s why I’m always operating very low key. Whether it be accepting a corrupt bribe from a billionaire on stage in front of hundreds of people, or threatening to kill a Hollywood celebrity’s dogs and forcing them to record a hostage tape, I’m all about keeping myself out of the spotlight.”

“Now if you’ll excuse me for five minutes, I have to go cheat on my wife.”

WRITTEN BY
Damien Francis
For The Chaser