General News
Jesus cancels return after learning what a mess earth is these days
December 7, 2019 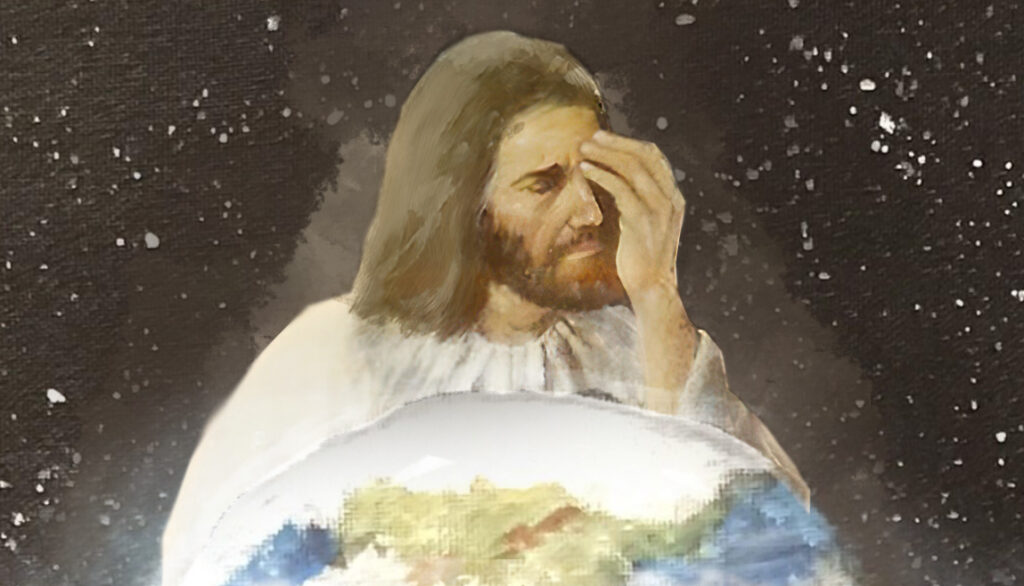 Father, son, holy spirit and part time piece of toast Jesus H. Christ has today announced to followers that he has been forced to cancel his upcoming tour of earth due to unforeseen circumstances – with the saviour of mankind offering a refund to all those who had purchased a front-row seat for the rapture.

“Jesus wants to say how very sorry he is to all his fans on earth. He knows how much you all love him, and he really wishes he could visit more,” read the press release issued by Jesus’s agent Pope Francis this afternoon. “However, due to an unfortunate scheduling clash Jesus has been forced to call off his scheduled return for at least the next millenium.”

However close friend of Jesus, the Dalai Lama, says that there is more to the story, with the son of God having expressed serious reservations about returning to earth during the Lama’s last trip to nirvana. “He was quite drunk,” said the Lama, “after all you know, his blood is almost 100% wine, and he accidentally let slip that he actually had no intention to ever return to earth anymore after learning about what all the humans are up to these days. The pollution, the lack of charity, nobody even knows their neighbours name let alone loves them. Not to mention how he somehow become the poster boy for homophobes and gun nuts – how they managed to get that from what he was preaching I’ll never know. Fact is Jesus wants nothing to do with any of it, so he’s decided to just stay home and play guitar with the original Paul McCartney instead.”

The Lama says this is probably for the best, with Jesus likely being far too old to be able to keep up with the modern world. “You know back in the day he was pretty much the only person doing what he did, going around in sandals and a sarong picking up followers and spreading sappy messages telling everyone to love each other and to pray for a #blessed life, but now every kid over the age of 15 has a few million followers and a message to preach.” explained the Lama. “Meanwhile Jesus us still using print-media to spread his message – and can you imagine him trying to impress people on instagram by turning water into wine when there’s about a million other instagram magicians doing the same schtick? It’d just be sad.”

“The poor guy would’t last five minutes in the world these days. I didn’t even have the heart to break it to him about the whole science thing, that would have completely killed him… I mean, if he weren’t already dead.”