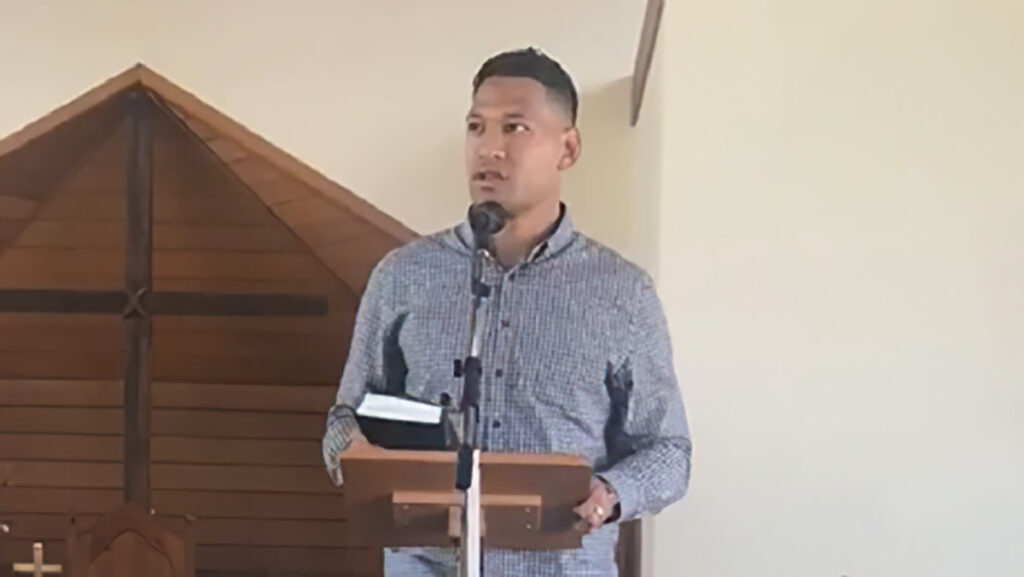 Former football star and Instagram-based freedom fighter Israel Folau has today blamed the bushfires on Australia’s east coast on gay marriage, in an attempt to put the Chaser completely out of business.

“You see, much like bushfires,” Folau explained at mass today, “gay people are very hot… I mean warm. WARM. THEY’RE VERY WARM. LA LA LA, NOT THINKING ABOUT NAKED MEN. Anyway, the point is that god hated us letting two people who are in love get married so much that he decided as punishment he would set fire to a bunch of random stretches of bushland and kill a whole bunch of defenceless animals. He’s a very loving god in that way, and we are certainly not worshiping someone who would be called the devil by any other definition.”

“When you get out of the shower and realise the towel isn’t there, that’s gay people,” continued Folau, “When you need to sneeze but can’t quite get it out, gay people. And you know when you’re confortable in bed ready to sleep and then you realise you need to get up to pee? You better believe gay people are behind that.”

“Pot holes, spam email, those robotic chinese phone calls, middle-lane drivers, reply-alls to chain emails, predictive text, train delays, and being put on hold for hours by Telstra? All the work of those evil gays.”

However, friends of Folau say this is just the latest in a string of bizarre allegations he has made about the effects of same-sex marriage. “Yea Izzy, I heard him lat week stub his toe and blame gay people,” said one friend. “Then he went to put the washing out and found a tissue has been left in the wash, and he blamed that on gay people too. And then he went and googled pictures of shirtless men, and sat there blaming gay men for every picture he looked at. Honestly I think most of the stuff he’s blaming on gay people is actually just Izzy’s fault. Don’t know how I’m supposed to read into that.”