General News
“I know how bathrooms should be used” says guy who shat his pants in Engadine Maccas in 1997
August 30, 2019 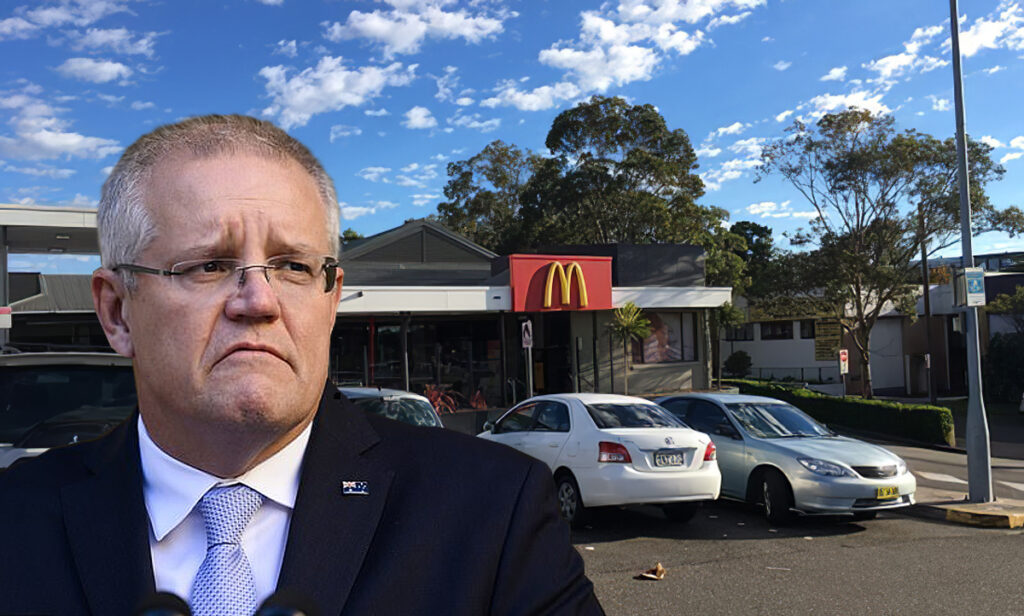 Professional lame BBQ dad and part time Prime Minister Scott Morrison has today issued a proclamation that no more time shall be wasted on gender-neutral bathroom signage in Parliament house, and instead more time will be wasted taking down the existing signs and updating them because one journalist on twitter got upset that trans people exist.

“If there’s one thing I know, it’s how bathrooms are meant to be used,” declared Morrison. “After all, I underwent years of intensive training from staff after that incident in a certain Maccas back in the day. No, if there’s one thing I know, it’s that men and women poop differently somehow, and therefore a single room with a toilet cannot be used by both genders, lest the universe implode.”

“I mean, what’s next?” asked Morrison, “Men and women being allowed to go to the same schools, or serve in the military, or maybe we’ll even let them start getting jobs. Can you imagine? How would any men get any work done!”

“No, as the single party based around the idea of small-government and personal freedom, it is of the upmost importance that the government get involved in who is and isn’t allowed to use a toilet.” continued Morrison. “As the Prime Minister of a country that is currently facing the worst recession in 40 years, it’s imperative that I spend at least one day focused on this very important issue.”