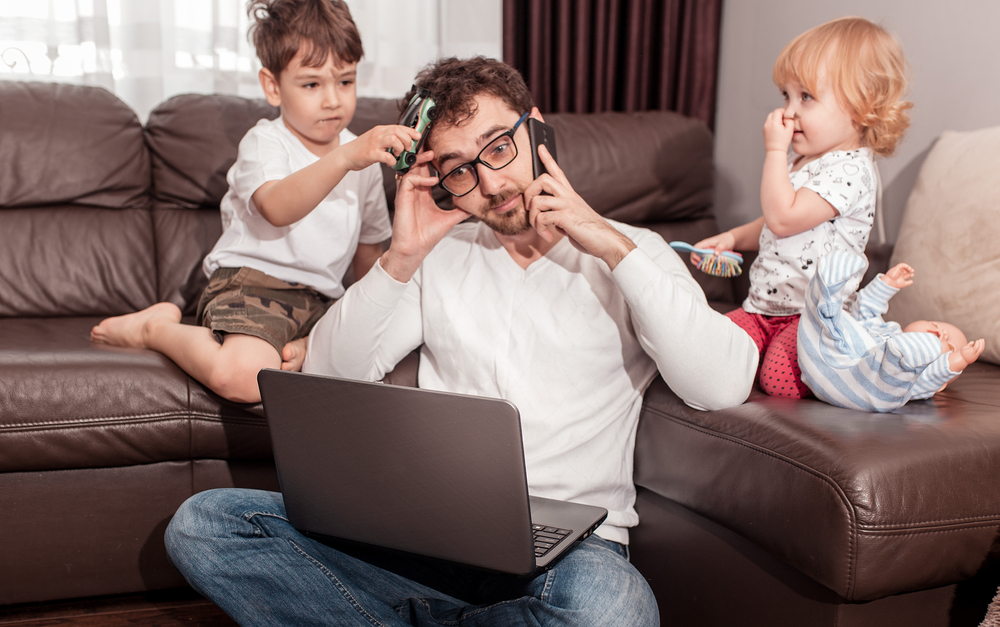 Local father of three Richard Blank has today celebrated a new milestone in home-working success after he managed to go a whole 2 minutes before being distracted by a small child trying to climb up a bookcase.

Richard’s new record in writing almost three sentences in a word doc before having to rush to prevent his child from putting their hand in a blender comes off the back of an already successful morning in which he successfully managed to convince his eldest child Cooper to complete almost one tenth of his assigned schoolwork for the day by sitting directly next to him and telling him off every twenty seconds for getting distracted. “Yes now how do you spell the word ‘Television’? No don’t look at the television, just write down the EMILY NOT NOW. Oh god my phone’s ringing hold on Cooper I have to take this. Hello? Oh hi Brad no sorry I haven’t looked at my emails ye… BAILEY THE SOFA IS NOT A TRAMPOLINE.”

Asked whether he was looking forward to his children going back to school next term, Richard said that he’d get back to us before sprinting after his youngest child who had just run off with the fish bowl.