WRITTEN BY
Conrad Glissmann-Gough
For The Chaser 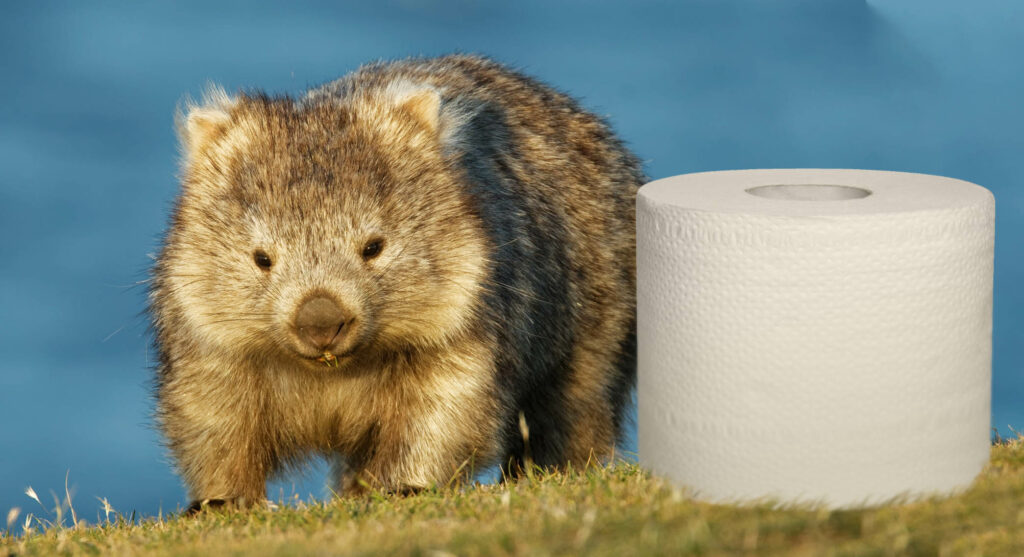 Reports are flooding in this afternoon of miraculous behaviour as wombats were seen across the country coming to the rescue of frantic shoppers seeking out toilet paper. Leading the shoppers down the street to the small, independent Chinese grocers that haven’t seen a customer in weeks, shoppers were shocked to find complete walls of toilet paper, enough to last almost three years, or 2 hours in the current mass buying hysteria.

“It’s a miracle, an absolute miracle,” said the shop owner today, after witnessing wombat after wombat lead people into her store. “I thought I was going to have to shut shop after business dried up. People just took one look at the title ‘Chinese grocer’ and avoided it like the plague. The fact that I’m actually a descendant of family from Taiwan, and haven’t set foot in China in my entire life doesn’t even seem to factor into their equation.”

However, Miss Lim says that shutting shop was not the worst case for her. “At least this way I’ve been able to avoid all those white people who refuse to wear facemasks because they think it makes them look silly,” she explained. “Frankly I’d rather close my business than have to spend all day exchanging money with people who don’t wash their hands after using the bathroom. I’m not even concerned about the virus, I just think that’s super gross.”

There have been calls for the wombats to be awarded an AO for their heroics in recent weeks, with the Governor General stating it was not technically against any of the rules because nobody had ever thought there would be a need to bar wombats from the order. “The only problem I see is that we gave that awful Belinda Ardnt an AO,” he explained. “So if anything, these days it’s more of an honour not to be given the award.”