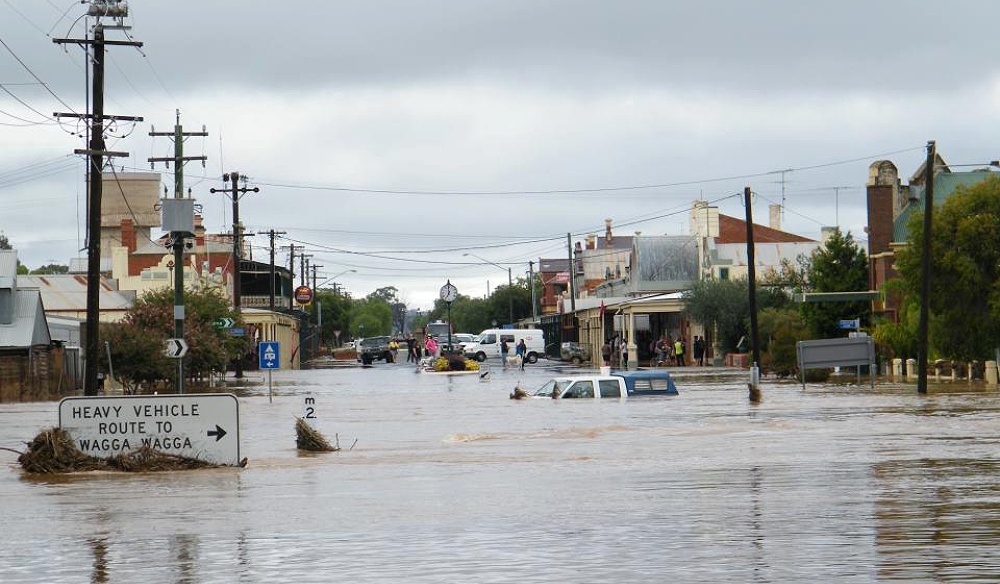 Creator of the universe and part time swan God ‘G-dizzle’ Carpenter has today been placed under investigation by the Australian Federal Police, after being caught delivering unwanted pools to marginal parishes in an illegal pools-for-prayers scheme.

“We have it on good authority that these miraculously appearing pools are the work of a god, or many gods,” said cheif AFP investigator Clive Pugh today. “Now if this is true, it’s a very serious allegation, because clearly the large amounts of flooding are designed to increase prayers, and if we find there’s a correlation between the decline of religion in an area, and the rate of natural disasters, as alleged by whistleblower Israel Folau, well that’ll be some serious jail time God is facing.”

“I assure you, this has nothing to do with corruption,” explained a flustered God while being interviewed on the ABC today. “I mean, do you really want young girls having to change behind trees? Do you want that? Is that what you want you sicko? Because that’s what anyone who opposes this is, a pervert. You all make me sick. Sorry what was the question?”

However, the Holy Father has since fallen under increased scrutiny, after a spreadsheet was leaked in which natural disasters were allocated based on whether the area was Catholic of Protestant. “It’s not what it looks like! There’s a much more innocent explanation!” exclaimed God. “The red ones are simply the areas where I’ve instructed the priests not to report cases of child abuse to the police. Wait, shoot, actually that sounds worse, can we just go back to the flood corruption thing?”