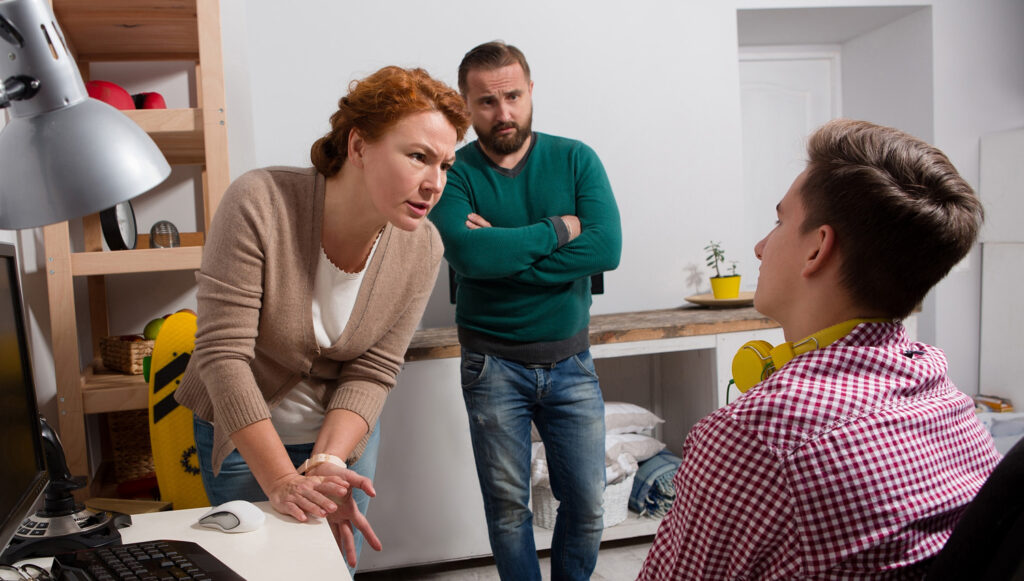 Local Gen-X parents Jane and Bruce Wilson have today sat down their 15 year old son and expressed concern about his spotless high school attendance rate, explaining to him that he’s only young once and shouldn’t waste all his precious youth on high grades.

“Mark, me and your mother have been talking about this and though it pains us to say it, we’re very concerned that you’re becoming a fucking nark,” said a teary Bruce to his son. “You know we’ve always loved you, but we’re worried for you. What if one of your friends asked you to jump off a cliff but you said you couldn’t because it looked dangerous, then they all got really cool Instagram videos of it and you were just sitting at home studying? Have you ever considered what your future will look like if you keep studying all the time instead of going out and having fun?”

“All we ask is that you occasionally try to slip some beers out of the fridge, or sneak out of your bedroom when we think you’re asleep,” Mark’s mother pleaded. “You can’t just sit in your room all day sipping tea and doing equations! It’s not healthy.”

However, the parents’ pleas have done little to curb Mark’s wayward actions, with the teenager only more encouraged to rebel against his parents wishes. “God, as if I want to be like my parents want me to be, that’d be so lame,” explained Mark. “They just want me to be one of those dropkicks who smokes a bunch of pot, enrols in a University philosophy degree, then graduates with no job prospects and $50,000 of student debt. Well I’ll show them. I’m going to get my high school diploma, go straight into a trade and then buy a house at 25 before retiring at 40. That’s just the kind of rebel I am.”