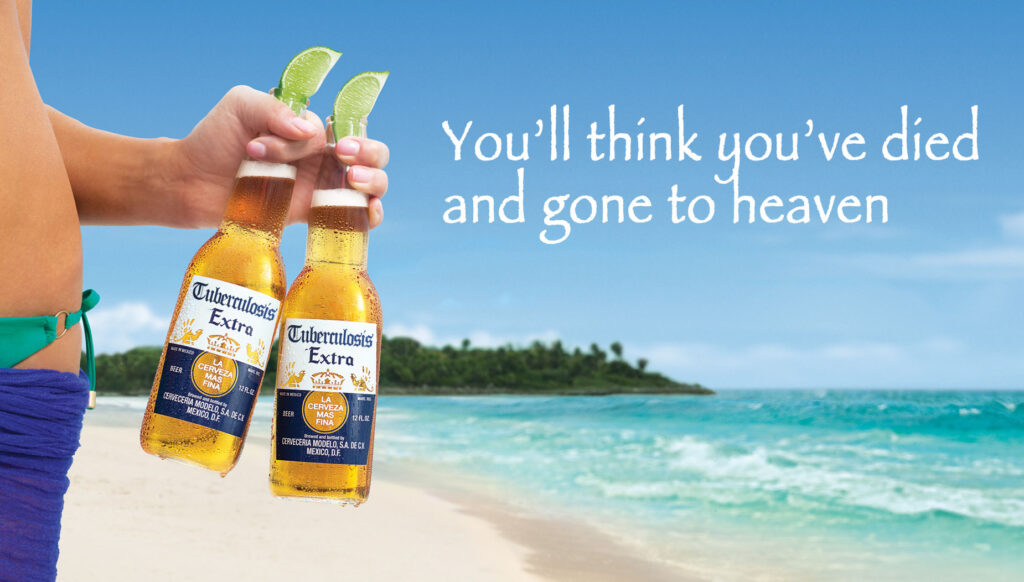 The Corona beer bottling company has today held an emergency meeting in the wake of the international corona virus outbreak, in order to workshop a new name for the company to avert plummeting sales.

“We’ve thrown around a lot of ideas in the last 24 hours,” said one marketing expert. “From ‘mono beer’, to ‘typhoid beer’, ‘infectious mononucleosis with secondary bronchitis beer’. We even considered Sars until we found out that was already a drink. Unfortunately none of them really captured the essence of our drink.”

Eventually the team settled on ‘Tuberculosis Beer’ after seeing it had a strong emotional response from its core market of day drinkers who’d happily sit outside at a party drowning spent ciggies in a discarded bottle, and then spend the rest of the evening hocking up a loogie. “It really spoke to them,” said an executive, “in between gasping coughs.”

“The only name we tried that everybody hated was VB. Apparently they all thought it sounded too much like ‘VD’ which is apparently some kind of disease.”