loading...
General News
Fired McDonalds executive to be replaced with self-serve CEO
1st of your 1,000,000 free articles this month 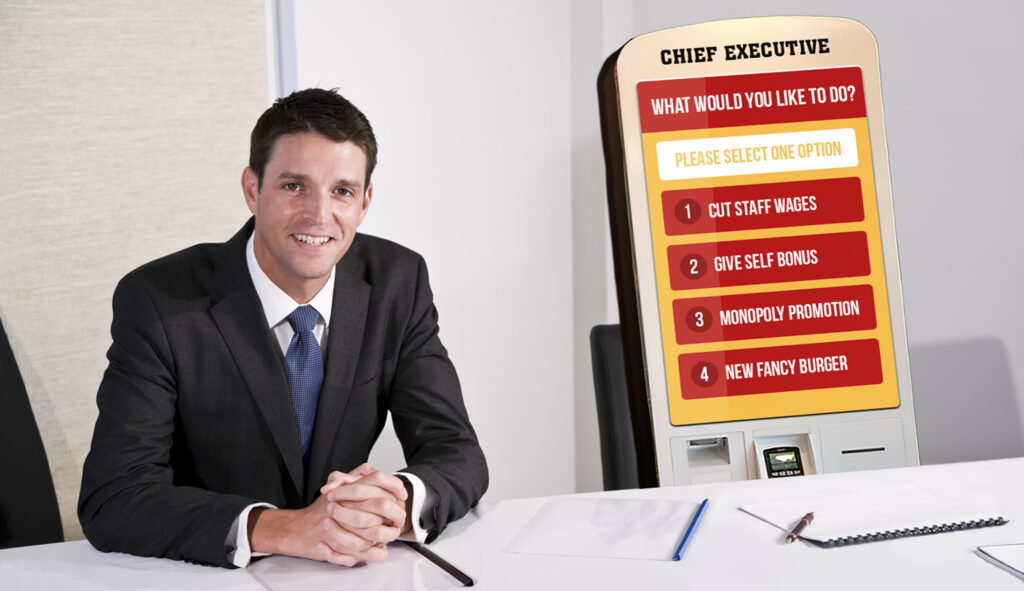 “Not having to pay a single middle aged white man $21.8 million a year to sit around and eat powdered donuts turns out to be one of the single best businesses decisions we’ve ever made,” read the company’s latest financial report. “To think all these years we’ve been trying to save costs by paying our checkout teenagers minimum wage when it turns out the real staff costs were all these executive bonuses we’ve been paying for five people to turn up to an air conditioned office every few weeks and look at some powerpoint presentations full of made up phrases like ‘projected cost visualisations’. Can’t believe we never noticed this before.”

Early critics of the new self-serve CEO have also been quickly silenced by the terminal’s glowing performance record so far. Offering a range of four easy-to-select options, from ‘cut staff wages’, to ‘give self bonus’, to ‘release a new burger with a slightly fancier bun and a slice of tomato then charge twice as much’ – the terminal has been praised as accomplishing everything its predecessors have done. and more.

“I’ll admit, at fist I was wary that the machine might not live up to the high standards we expect from our CEOs,” said one fellow board member, “but I was really blown away during our first meeting when it offered us the choice between ‘run a monopoly branded promotion’ or ‘shrink the big mac again’ – that’s the kind of uninovative thinking that you’d normally only get from someone on a $20 million a year salary.”

Asked whether any of these millions of dollars in savings would be passed back to hard working employees as a bonus, the board members all laughed, before using the self serve CEO to give themselves another payrise.