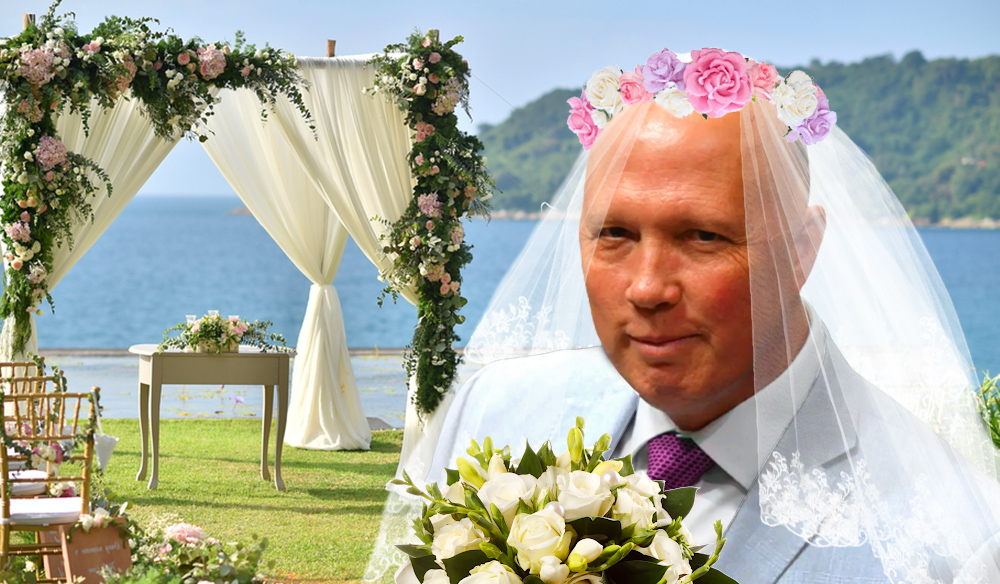 Immigration Monster Peter Dutton has today backtracked on earlier comments decrying LGBT acceptance as ‘woke nonsense’ after remembering that he is in a non-traditional marriage between a woman and a lovecraftian horror that haunts the lake at night.

Although technically illegal under Australia’s current marriage laws, Dutton has said he hopes Australia will one day come to embrace non-traditional relationships like his, possibly after 10 years of useless debate and a $150 million plebiscite that nobody wants which just confirms whatever opinion poll already shows.

However, Dutton quickly backtracked on his earlier statement calling for human-vegetable marriages to be recognised, after learning marriage is technically a union. A bill to outlaw all marriages has already been tabled in parliament, with Labor decrying it as a clear breach of human rights, before immediately voting in favor of it.