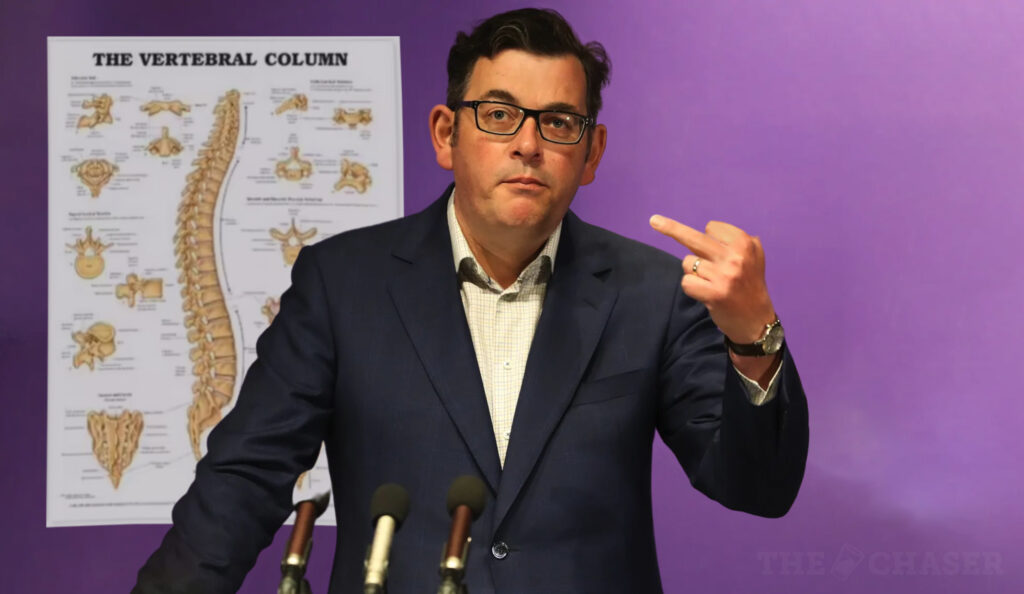 The “Melbourne monster”, who has spent the last 4 months launching brutal occupations of disabled parking spots, used his first press conference since suffering an evil spinal injury to laugh maniacally for two hours straight, before announcing the entire nation would immediately be plunged into lockdown.

Analysts for Sky News have described the move as “sensible” and “extremely level headed”, stating that although they were previously against lockdowns, now that Gladys has been forced to do it, they must therefore actually be a good thing, and everyone should be doing it.

“Golly gosh isn’t that Dan a fine upstanding fellow,” explained Alan Jones this afternoon. “Why I would vote for him. As should every one of those weirdos on Facebook who can’t discern between satire and real news. Boy, it sure would be a shame if I were to influence their votes. Anyway as I was saying, you should all vote for Dan.”

With thanks to Amy from the Chaser Discord for this headline