General News
Daily Telegraph to blank out every future edition due to popular demand
1st of your 1,000,000 free articles this month 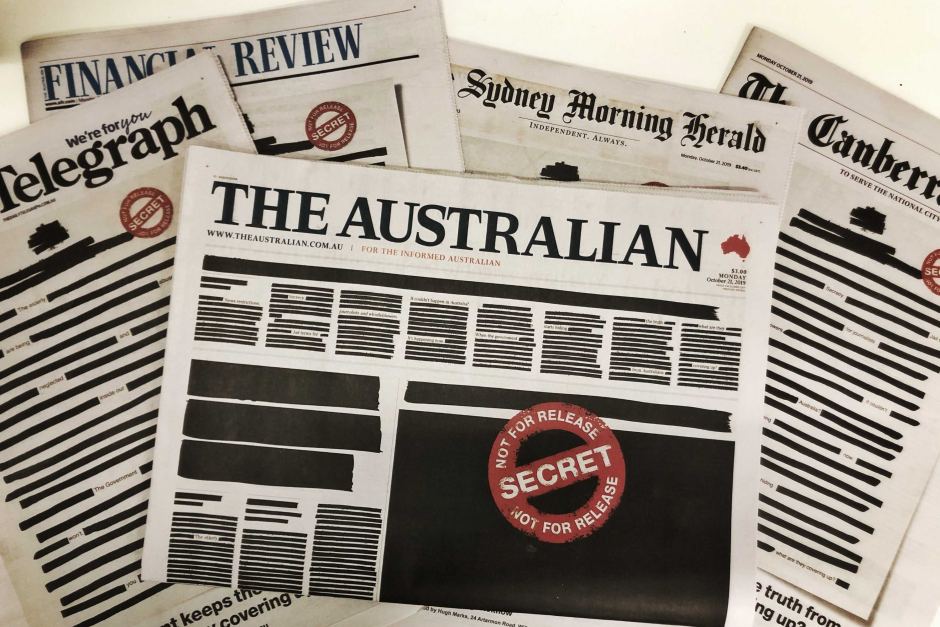 Local cat litter manufacturer and voice of the average everyday Aussie billionaire, The Daily Telegraph, has today announced that they will no longer be printing stories on the front page of their paper, following the runaway success of today’s blanked out edition that has been hailed as the ‘most accurate and unbiased Daily Telegraph in almost 30 years’.

Editors at the masthead say the decision was an easy one to make, with sales almost doubling compared to their normal numbers. “It turns out the only thing people like more than our journalism, is a lack of our journalism,” said one editor. “In fact many people have commented how much better their toilet paper is without all the dangerous chemicals in the inks.”

Readers have hailed the new editorial policy, with many subscribers saying the lack of a front page to inform them what to be angry about was a life changing experience. “You know, I woke up this morning, went down to the shops, and not once was I confronted by an asylum seeker trying to steal welfare,” said longtime subscriber and retiree Dorris Whipple. “I didn’t even need my blood pressure pills this morning. It was a real eye opener – can you believe I didn’t even get mugged by a group of no good Lebanese thugs. I’d spent years cooped up inside believing they were everywhere!”

However not everyone is on board with the editorial change, with News Corp’s resident Murdoch vessel Andrew Bolt complaining that it was just another example of right-wing views being silenced in the media. “Without the Daily Telegraph, where else will I be able to air my completely uneducated opinion on topics I have no qualifications to weight in on? Just think of those poor hardworking doctors who need that weekly Daily Telegraph cheque to spew nonsense about trans people’s medical needs despite admitting to never having met a trans person. And what about those 1% of scientists who aren’t convinced about climate change? Where will they get a major daily national voice if not for in a publication owned and run by a multi-billionaire with massive oil and coal investments.”

“God help us if this doesn’t change before the next election rolls around. Where else are Australians supposed to turn to see a self-professed balanced newspaper publishing photoshopped pictures of the Labor party leader as a Nazi on their front page? Can you imagine how it would hurt democracy to have that crucial voice silenced from the public debate? I think if we look at America, we can all agree that we need News Corp’s input in western democracies now more than ever.”