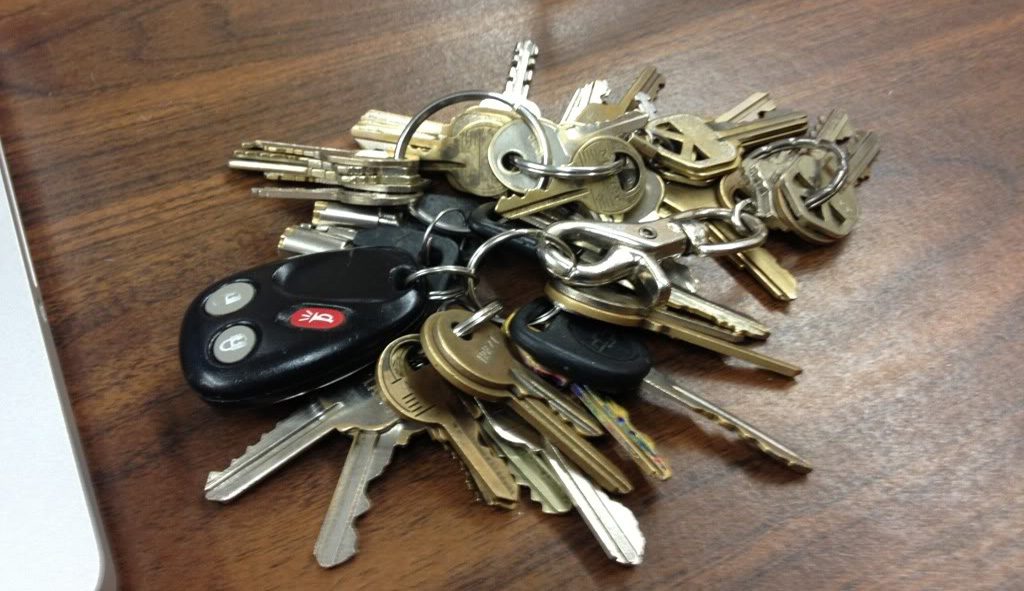 Local dad Barry “Dad” Wilson has today hit back at allegations he has too many keys on his keyring, and flatly denied any claims that he doesn’t even know what most of them are for.

“Every key here is important” said Barry to his wife and children who had staged an intervention on his behalf. “Take this one for instance, it used to open up the postbox at work before they changed offices. But it’s always good to have it just in case some mail ever accidentally gets sent there and I need to go collect it.”

He also hit back against claims that the key from his long ago decommissioned Datsun was an unnecessary addition to the ring. “I’ve got a lot of good memories of the backseat of that car.” said the father, to the protestation of three of his children, two of whom were conceived in said backseat. “And look, the hole on the end works perfectly as a bottle opener.”

The father would not be drawn on why then he also had a seperate bottle opener also attached to the ring.