General News
Credlin rips off Gladys’ mask to reveal it was Dan Andrews all along
July 13, 2021 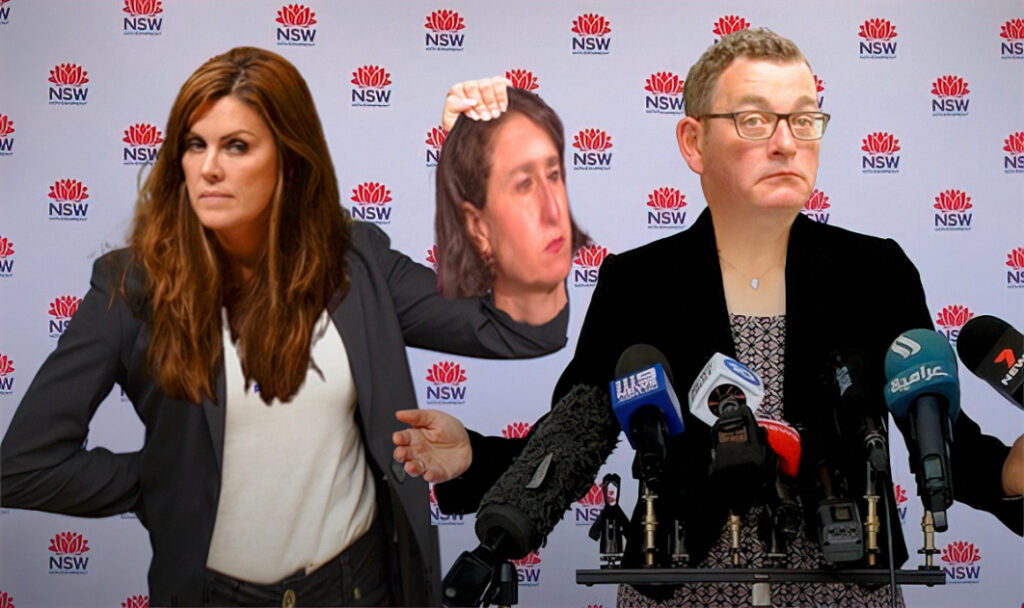 Liberal Premier and paper shredding enthusiast Gladys Berejiklian has today been revealed to be nothing but a hoax, after a team of young detectives from Scooby News successfully foiled Old Man Andrew’s latest con.

“Gotcha, you old scallywag!” shouted Credlin, tearing off the Gladys mask. “I knew it was you Dictator Dan, the moment you announced a lockdown! No Liberal Premier would do that!”

The furious Dan Andrews cursed out Credlin, declaring he would have gotten away with the lockdown, if it weren’t for these meddling journalists.

“Why I was this close to accomplishing my evil plan to lock down every state in the country,” shouted Dan while tied to a chair. “If Chris Kenny and his damned dog hadn’t got in the way I would have been rich!”