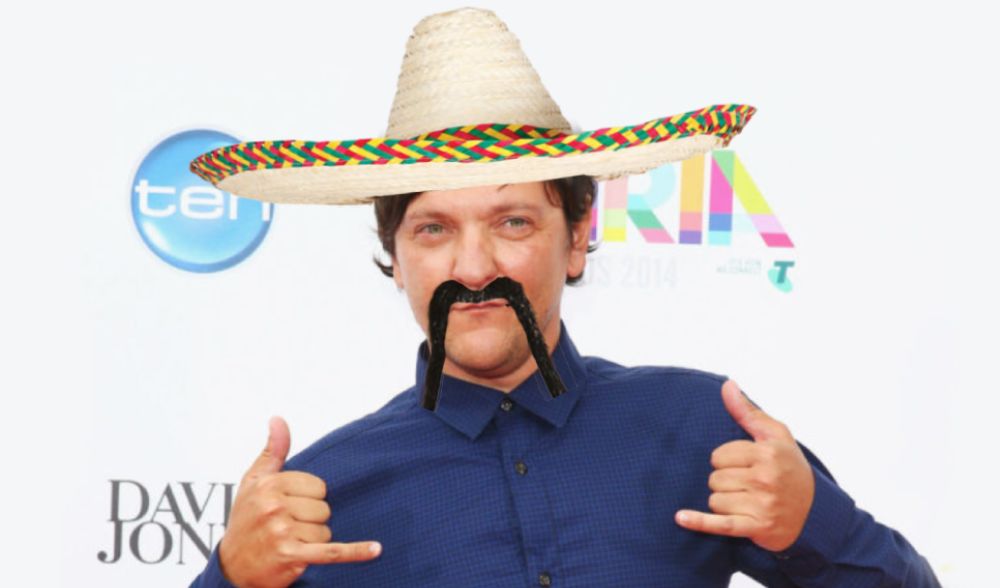 Laying out a beret, string of onions, baguette, three mistresses and a white flag on the floor, the character who looks suspiciously like Lilley announced “Zees Freenchman weel ‘ave no trouble getting past ze censors. Zut alors! And if zey should spot me…” before opening a wardrobe to reveal a large feathered headdress, tasselled shirt, facepaint and historically inaccurate bow and arrow.

Lilley then also introduced his Mexican friend Chris Le Sombrero after rifling through to a large chest marked ‘Dressing Up’. “This sombrero, moustache, burrito, automatic weapon and prison tattoos will finally allow Mexicans like me to receive some much needed representation in the media.” announced the man who was very obviously Lilley in a moustache. “Thank god for people like me, I mean Chris Lilley, who are finally listening to the need for diversity in our media. Ole hombre!”

Returning to his privately-educated North Shore ‘controversial comedian’ character, Lilley continued “Censorship of old shows is ridiculous. Where does it end?” He then added “I definitely think nobody should go through The Chaser’s backcatalogue. There’s nothing there those guys need to worry about, so it’s not worth even looking.”