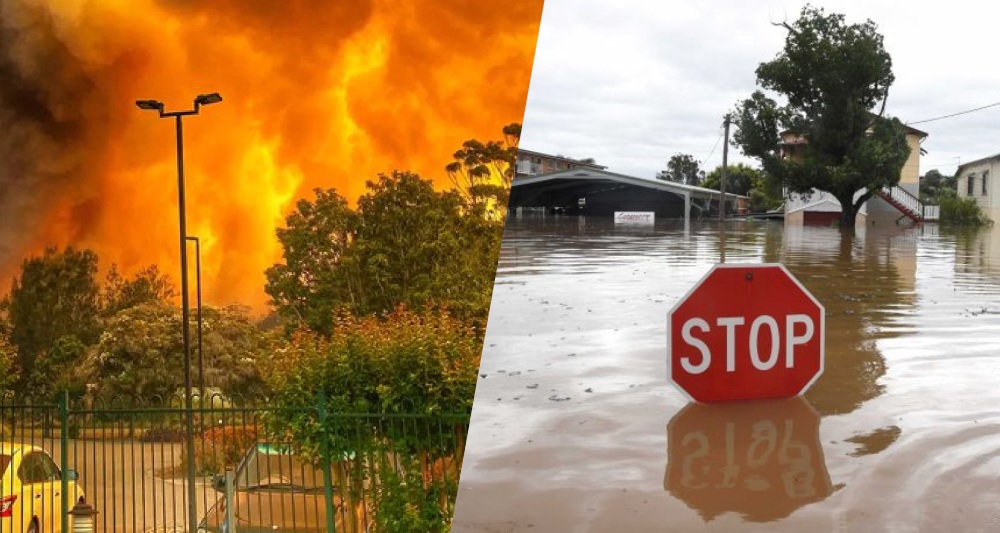 The nation has breathed a sigh of relief today, following news that torrential flooding has put out many of the fires burning across the east coast of Australia, replacing the worst natural disaster the country has ever seen, with a slightly more run-of-the mill disaster.

“It’s a miracle, a terrible terrible miracle!” said one east coast resident whose burning house was now underwater. “Sure my entire town might still be destroyed, but at least now the news will be able to run with some lighthearted footage of a guy canoeing down the street.”

Asked how they will be responding to the flood crisis, Federal ministers say they have a ten year plan of slowly de-escalating the disasters with slightly less bad disasters. “First we’ll use the hail to build some dams, that’ll control the flooding,” explained the Prime Minister. “Then we’ll use next year’s bushfires to slowly evaporate the water and ice into the atmosphere. Then, when the next dust storm rolls through, it’ll provide seeding to condensate the evaporated water back into rain, and using some cyclones to direct it out over rural communities, voila drought solved.”

“However, all that will have to wait until I get back from my holiday to Hawaii. Has anyone seen my thongs?”