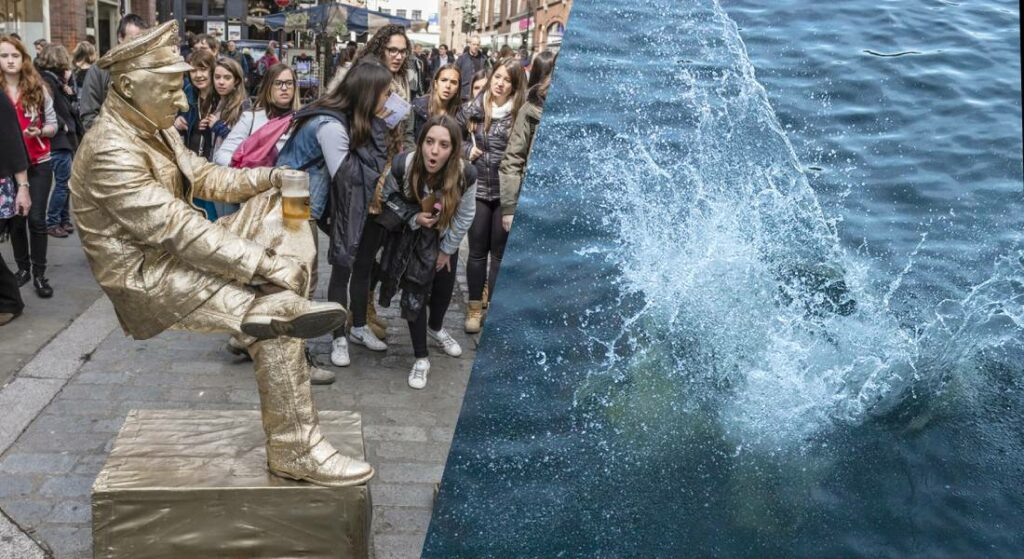 Local busker and professional statue imitator Greg Gregson has today decided to find a new job after a near miss that saw local protesters attempt to behead him and throw him in a river. “Now is not a great time to be mistaken for a statue,” explained Greg, “and don’t even get me started on the politics around wearing face paint in public.”

Instead Greg says he will be testing out a new routine in which he will loudly play a single saxophone song on repeat for eight hours until the local cafe workers also decide to throw him in the river. “It’s nice to find a busking routine that can annoy even more people than the statue one,” explained Greg, “plus it means my housemates will finally stop complaining about me practicing at home.”

The uprising against statues is just the latest in a string of recent setbacks that have affected buskers everywhere, with the death of the cash economy hitting street performers especially hard. “Nobody carries money with them anymore, so most of the time now if I want a tip I’ve got to go through the whole process of giving someone my bank details, it’s exhausting,” explained Greg. “Fortunately though the Treasurer Josh Frydenberg walked past the other day and he very generously threw me a few spare dollars. That sixty billion will definitely help keep me going for a few more weeks.”