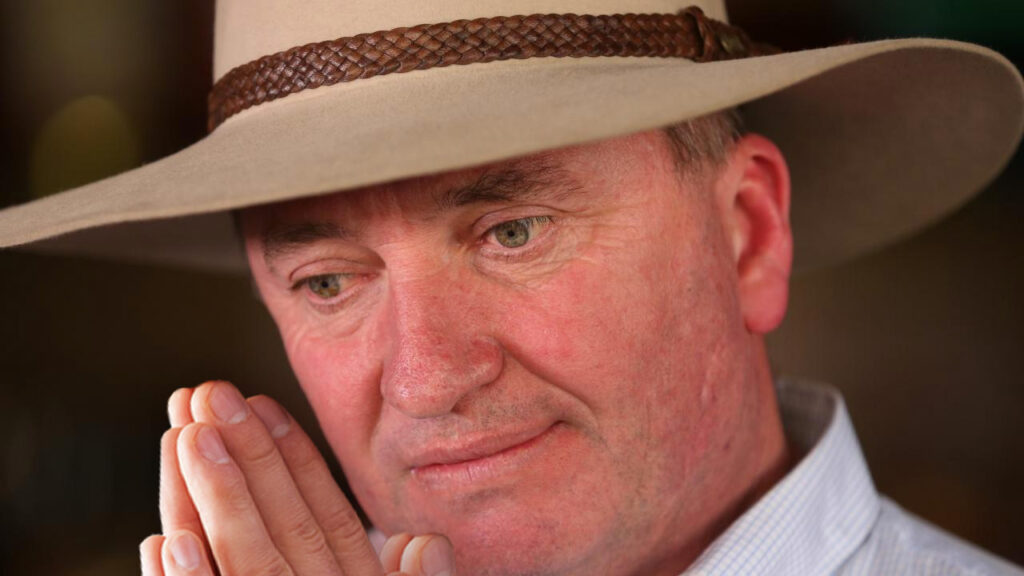 Former Deputy Prime Minister Barnaby Joyce has today joined the Reverend Fred Nile in his annual prayer for rain at the Sydney Gay and Lesbian Mardi Gras, in a move he said was a last ditch attempt to “defend the sanctity of marriage” from people who would seek to turn it into some kind of lifelong commitment of devotion and love instead of the cold transfer of property between two men, as God intended it to be.

Standing in a prayer circle at Taylor Square, Barnaby, his wife, and his mistress joined hands with Reverend Nile to beg that God help prevent gay and lesbian people from happily entering long term committed relationships, and instead return marriage to its natural form, like Reverend Nile’s second marriage to a woman twenty years his junior.

“If God wanted gay and lesbian people to be happy he wouldn’t have created bigots,” Reverend Nile told the press this afternoon, before being hit with a freak 1 meter square burst of rain seemingly aimed directly at him. “And if we let gay people carry on with this charade, what’s next? Letting them pay taxes, or join the army? Well not on my watch. And trust me, I’m watching every single one of those videos they upload on the internet very closely.”