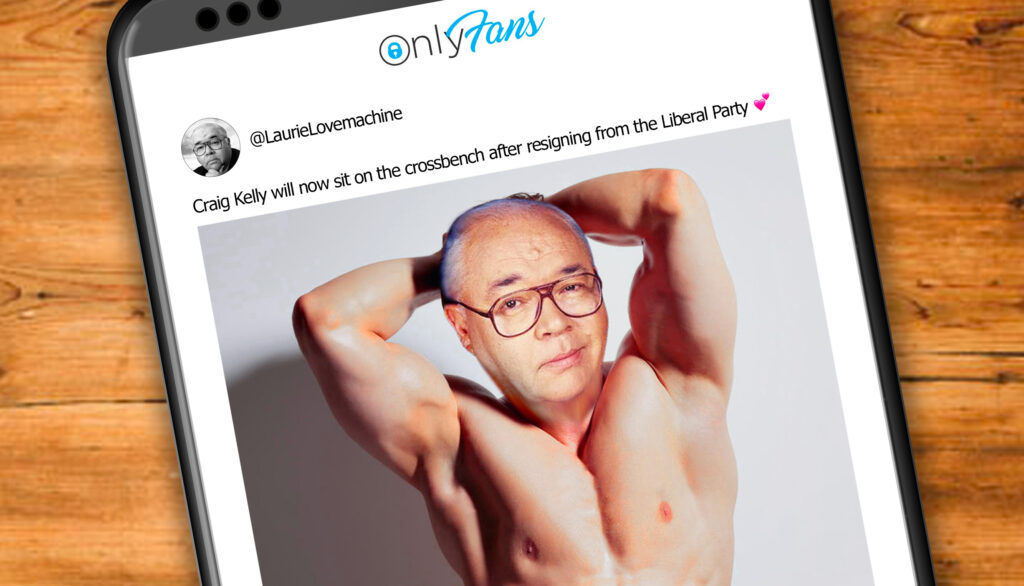 Australia’s greatest lovemachine Laurie Oakes has today dropped a steamy update on the federal deficit, in his latest explosive exposé exclusive to OnlyFans. The former political journalists, turned lingerie model, was forced to re-invent his social media image this week following a ban on Facebook of all news related content.

Informed that Facebook has agreed to re-introduce news content on their platform, Oakes said he won’t be going back. “I can’t think of a better place than OnlyFans to report on how fucked this nation’s politics are,” explained Oakes. “Plus, at least all the cocks on here aren’t sitting in parliament.”