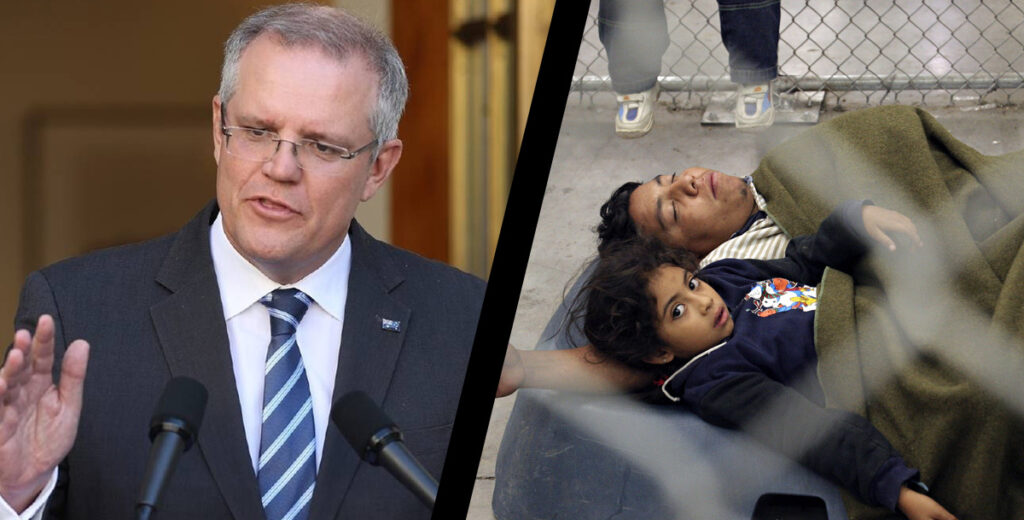 The Australian government has today threatened to take the United States to the international court, following reports that refugees on the Mexico-American border were being abused by guards, and forced to drink toilet water in a clear contravention of their human rights. Calling the mistreatment of refugees by the American government ‘completely unacceptable’, representatives for the Australian government have demanded their American counterparts to put a stop to their detention plans immediately, and to “come up with their own original human rights violations instead of just stealing all of our ideas.”

However, the US government has hit back at the claims, stating their torturing of defenceless people seeking asylum is completely original and in no way related to Australia’s detention centre program. “Look, clearly there’s some superficial likenesses, like the locking up of children, or the general disdain for human life, but when you look at the detail, these are two very different ideas,” explained the American ambassador Regis Philbin this afternoon. “For example, Australia gets around the UN conventions on human rights by paying off smaller client states to house their concentration camps, while America just straight up ignores the refugee convention and hosts the camps on their own soil. Likewise, American citizens are still moved by the abject horror of holding refugees in concentration camps in 2019, whereas in Australia the idea is barely even newsworthy these days. So you can see there’s some big differences there.”

However, America’s defences may be on shaky ground, with American golfer and part-time President Donald Trump having taken to twitter early last week with claims that the US program was directly inspired by Australia’s ‘You won’t be settled here’ campaign. Australian officials have stated that while they are excited for their groundbreaking work in human rights violations is being noticed, they do not believe completely ripping off the plan is acceptable. “Surely they could innovate a bit,” said the head of Marketing Australia Bruce Goeth, “Maybe try mixing things up by breaking some other human right like closing off the border to a certain group based on religion, attempting to undermine the impartiality of the courts system by tweeting about ongoing court trials, or shutting down the entire government because the president wants a billion dollars to build a wall.”

“But the, nobody would be stupid enough to something to anything like that.”