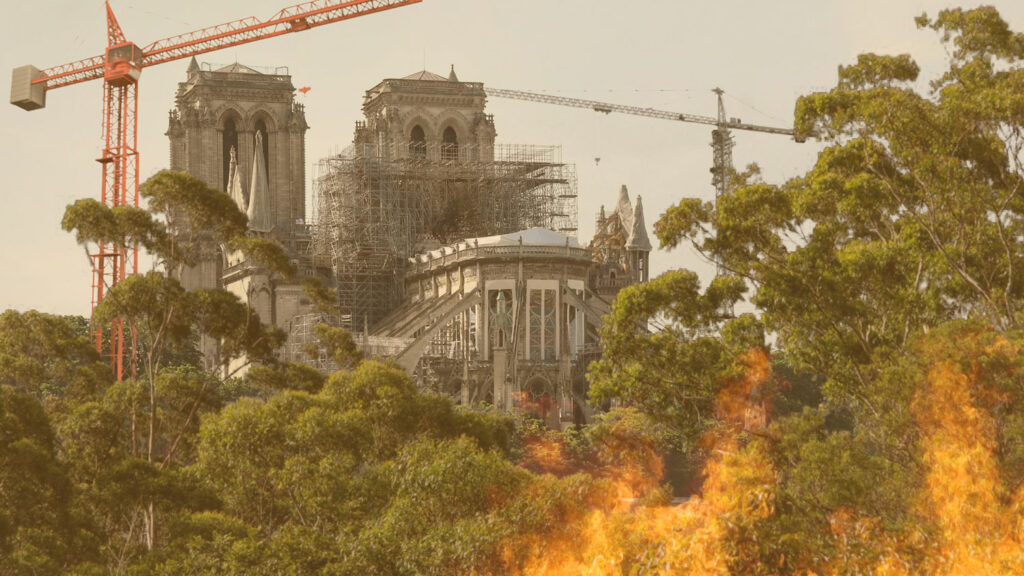 The nation of Australia has been flooded with financial support to help battle the fires raging across 40% of the continent following an outpouring of support from the world’s super-rich. Stating that it was their “duty to help out fellow humans in need”, the world’s 1% rushed to help out in any way they could, the moment they heard that an old stone building might be threatened by the fires.

“When it was just the koalas, the forests, and the population of Australia that was under-threat I was concerned, of course, but not enough to actually do something about it,” reported one billionaire Richard Cashington today, “but then I was told they had built a complete replica of Notre Dame out in the middle of the bush, and that’s when I realised I can’t just sit and let Australia burn, I have to do something.”

So far over $1 billion has been raised to save the Notre Dame replica, and another $10 to deal with the fires raging across the rest of the continent. “These generous donations saved countless lives and homes,” reported the head of the NSW fire department, “or at least they would have, had those rich bastards not specified that the money only be used to make sure the roof of the church doesn’t fall in.”

Asked whether he would be using this lesson to help in battles against other easily preventable human suffering, billionaire Jeff Bezos laughed, before cutting the wages of his workstaff again and abolishing all lunch breaks.