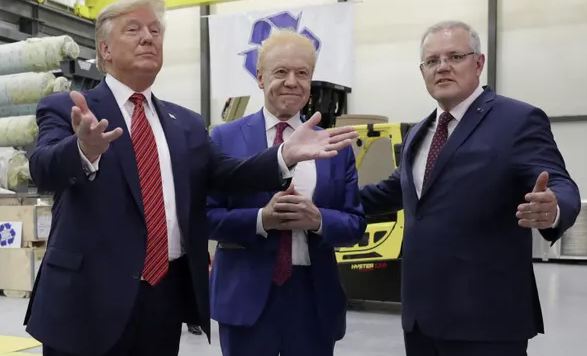 As the deadline for lodging taxes draws near, the Australian Tax Office (ATO) has warned against anybody attempting a new scam involving becoming Australia’s richest person to avoid paying tax.

The warning comes following news businessman Anthony Pratt has paid minimal tax since 2013 despite recording profits of over $34o million in that time.

“You may be contacted with an unsolicited text message telling you that all you need to do to avoid paying tax in Australia is to build a business empire worth $15 billion spread across various trusts and international jurisdictions,” said an ATO spokesperson.

“I mean sure, it’s true – but it’s a scam to say it could ever be obtainable for everyday working Australians.”

“If you really want to pay a tax rate that is effectively six times less the rest of us, you’ll probably need to be born into it like Pratt or his mate Gina.”

“Or you could take over Google or Facebook,” the spokesperson laughed.