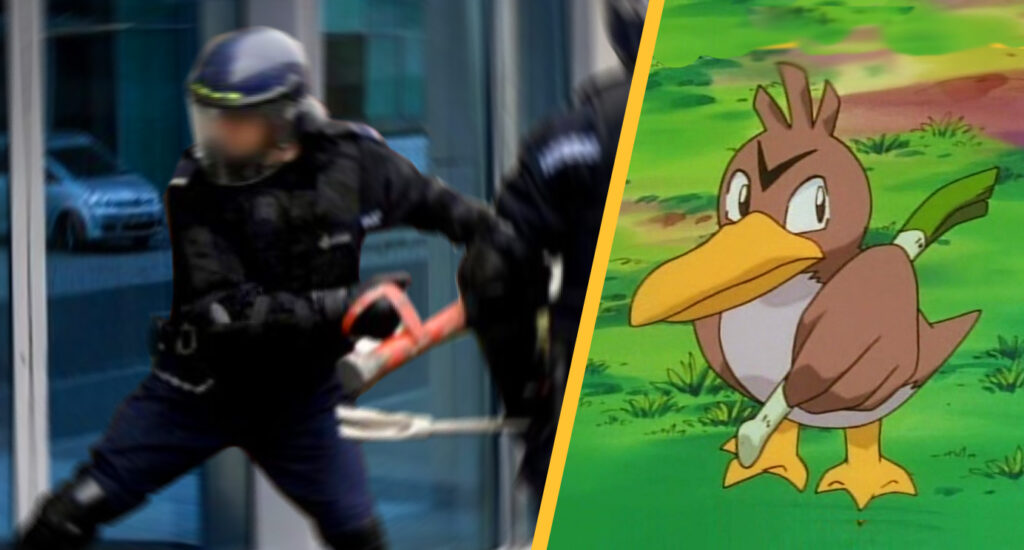 Confused members of the Australian Federal Police have been forced to apologise to the Nintendo corporation today, after the company was subject to an early morning raid over reports that an employee ‘Mr Farfetched’ had been involved in handling some kind of leak.

“Look we may have been a little bit hasty,” admitted the AFP comissioner this afternoon, “but the fact is we take any and all leaks very seriously. For all we know this ‘Farfetched’ fellow could have been about to inform the Australian public that the military was involved in war crimes, which I hardly think is a matter of public interest.”

“In fact, I have to go now because apparently we’ve just heard reports that a builder may be involved in some kind of ‘roof leak’. We can only assume ‘roof’ is some kind of secret code word for espionage. Boys, get the battering ram.”

The raid is the third to have been conducted by the AFP in the last two days, in what many are suggesting is a political hit-job by the newly re-elected Morrison government. However representatives for the government say that this is just wild speculation, and that they will be deploying the AFP on anyone who makes such claims to find out where they got the information.

As Google threatens to block search in Australia, nation fires up the ol’ Ask Jeeves

‘It’s not Invasion Day, it’s a day to simply celebrate the invasion of Australia’ says PM

Trump drowns his sorrows with a strong glass of bleach

World excited to be bored by politics again
Do NOT follow this link or you will be banned from the site!