General News
Abbott fires off a telegram to request more vaccines from Pfizer
1st of your 1,000,000 free articles this month 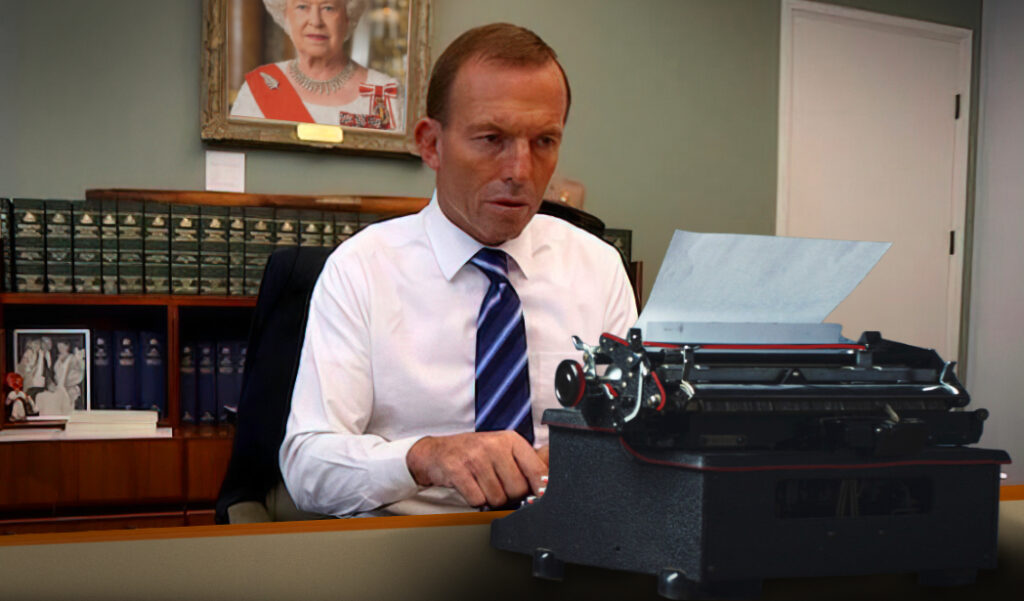 Former Prime Minister Tony Abbott has today joined the rush of former Prime Ministers stepping up to secure vaccines by sending an emergency telegram to the head of Pfizer asking if they have any more of these newfangled vapors that ward off illness.

“Dear President of Pfizer, I hope this fax finds you well STOP” typed Abbott. “I hope we can come to some agreement by which you can organise a steamship full of supplies STOP I have contacts at factories in Siam if manufacturing is an issue STOP The quality of their ether is second to none STOP By the way your morse code machine appears to be unplugged STOP”

However, his request that the next batch of vaccines be expedited for the next grain harvest may have been in vain, with the Morrison government announcing they had already spoken to Pfizer and secured the same deal. “I can assure all Australians that their vaccines are safely being transported from Europe as we speak via the most high speed horse and buggy we could find,” announced Greg Hunt today. “I assure you Mr Abbott had no involvement in the decision to deliver the vaccines this way. We just called up the old NBN contractor for advice and they said this is the fastest delivery method they’ve got.”

With thanks to @jjjove on twitter for the headline