Entertainment
“Why won’t you listen to medical science” yells man who thinks ADHD is an alien hoax
December 17, 2020 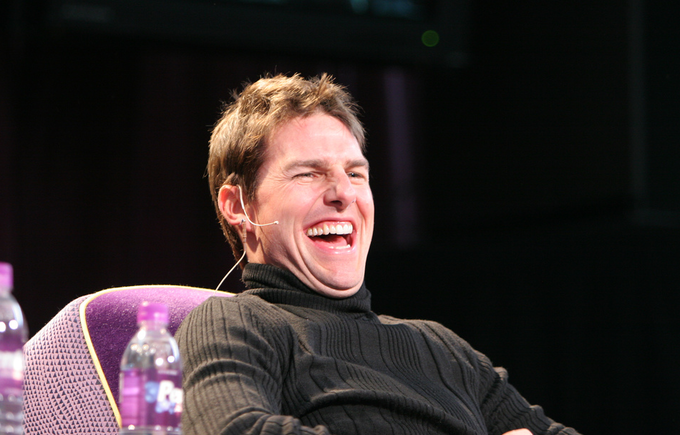 Scientology leader and real life bond villain, Tom Cruise went viral earlier today after a controversial video was leaked of him berating his employees after they broke Covid guidelines. “Why won’t you people listen to doctors?” screamed the leader of a cult that claims that phycologists are a group of sadists run by aliens working together in an international cabal with plans to overthrow all governments by sedating people with ‘chemical straight jacket’ medication like Ritalin which Cruise himself calls a street drug, “What’s wrong with you idiots?”

“This is crazy, do you idiots not care about how many people have lost all their money during this pandemic?” said the leader of a cult that has been bankrupting it’s believers for decades. “I’ve heard other productions just fire people who break their guidelines and immediately replace them with the unemployed workers, but if I have learnt anything from my time at Scientology it is that you can’t just allow people to leave something.”

“How could anyone just not listen to proven medical science. I mean these are proven by scientists, the human scientists not the alien controlled ones obviously.”

“Look I am just worried about the people who could lose their money if production is shut down. And of course by people I mean me. When it comes to MY PAYCHEQUE, NO BODY SHOULD BE IGNORING IMPORTANT MEDICAL ADVICE. I WILL NOT APOLOGISE! Unless it is the medical advice I want people to ignore for my paycheque.”